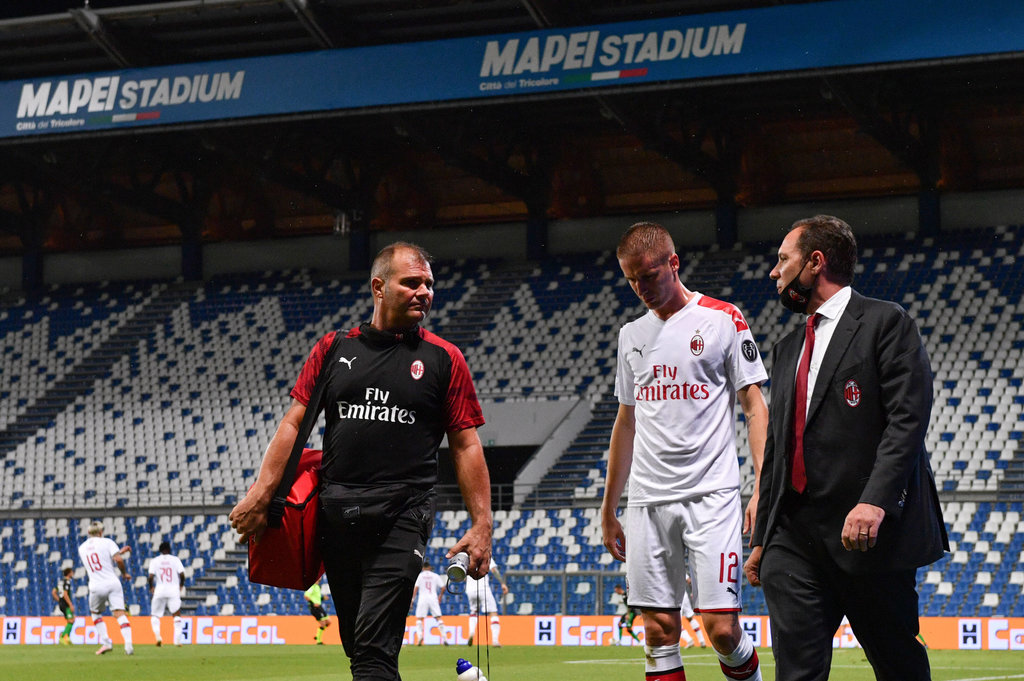 Photo: Conti confirms surgery ‘went well’ and reveals the date of his return

Andrea Conti has missed the last two games after suffering a knee injury against Sassuolo, and today it became clear that he will miss the last game as well. Milan, in fact, confirmed that he underwent surgery.

The right-back hasn’t had the best of seasons but received the trust of Stefano Pioli early on, often getting the nod ahead of Davide Calabria. Of course, he will miss tomorrow’s game after the surgery at Villa Stuart.

On his Instagram page, Conti sent a message to the Milan fans, assuring that the surgery was just a ‘small routine operation’. Furthermore, he hinted when he could be back in action again.

“It was just a small routine operation, it went well and on August 24th I will be together with my teammates ready to start a new season with AC Milan,” he stated.

READ MORE: Inter in no hurry to secure deal for Brescia star but Milan continue to lurk