Photo: Curva Sud leader responds to Calhanoglu – “It will all be explained to you”

It’s safe to say that Hakan Calhanoglu doesn’t have the best relationship with the AC Milan supporters, after leaving on a free transfer for city rivals Inter. Still, he seems to think that isn’t the case.

In an interview last night, which you can read here, he stated that the ‘The Milan fans love me’. As we know, that isn’t exactly the case and the leader of Curva Sud, Luca Lucci, has issued a response to the Turk.

“The real Milan supporters wouldn’t ask for your photo in the first place, be calm, it will all be explained to you come ‘derby day’ what true Milanisti’s thoughts are regarding you. Unworthy. See you in Milan,” he wrote, as cited by @WorldsHope.

Harsh but very fair words as Calhanoglu has only been disrespectful to Milan since he decided not to renew his contract. 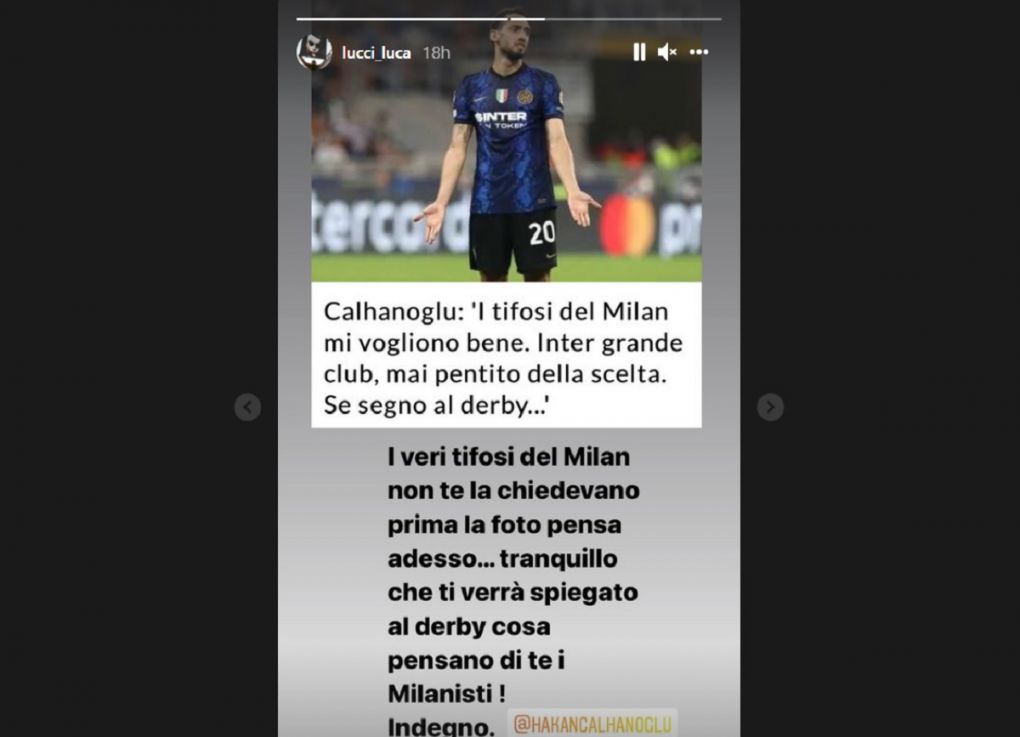 Tags AC Milan Hakan Calhanoglu Inter
Related Articles
Ordine reacts to Bennacer changing his agent: “Bad times are upon us”
2 December 2022, 20:30
Everything you need to know about Sesto as Milan keep stadium plan B alive
2 December 2022, 20:00
Five Milan players advance to the knockout stages of the World Cup
2 December 2022, 19:18
Serie A Standings