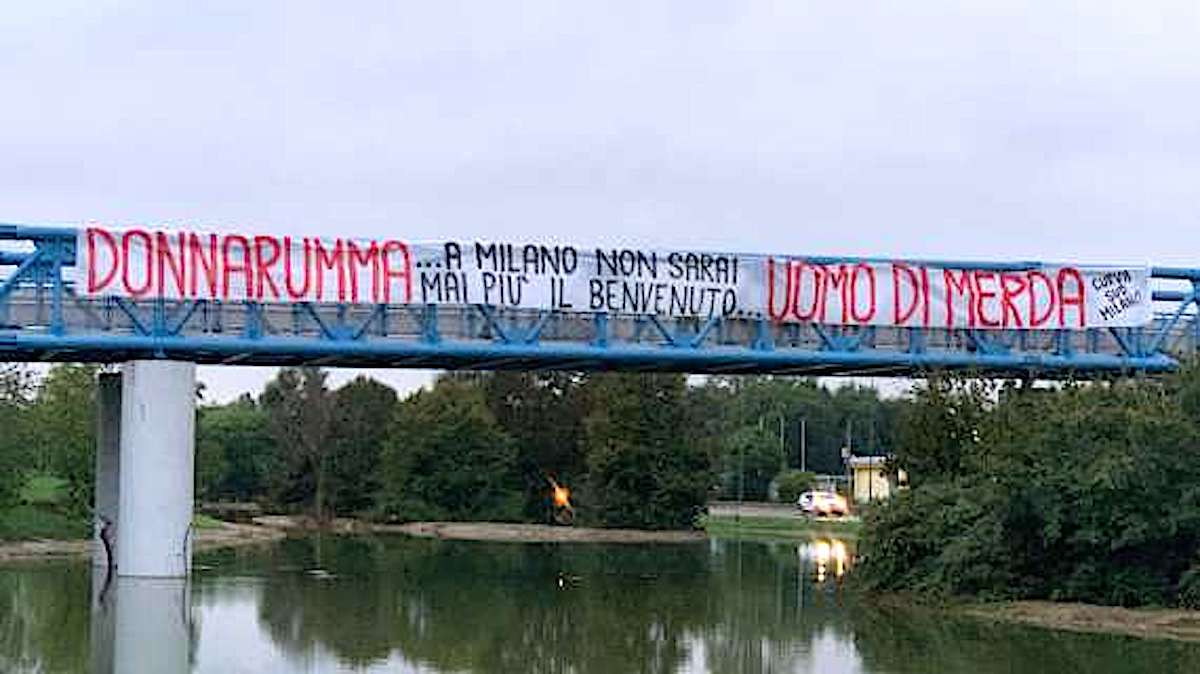 Photo: Curva Sud respond to Donnarumma’s comments – “In Milan you will never be welcome again”

AC Milan’s ultras the Curva Sud have issued a response to Gianluigi Donnarumma’s claims that he still feels love for the Rossoneri.

Donnarumma recently declared that he will always be a Milan fan despite leaving the club for Paris Saint-Germain in the summer as the goalkeeper decided not to renew his contract. It was a big blow for the Rossoneri to lose an academy product, but ultimately they acted with the club’s best interests at heart and agent Mino Raiola was asking for a very high amount to sign a new contract.

The Curva Sud have responded with a banner hanging over a bridge in Milano which reads: “Donnarumma, in Milan you will never be welcome again. Sh** man.”