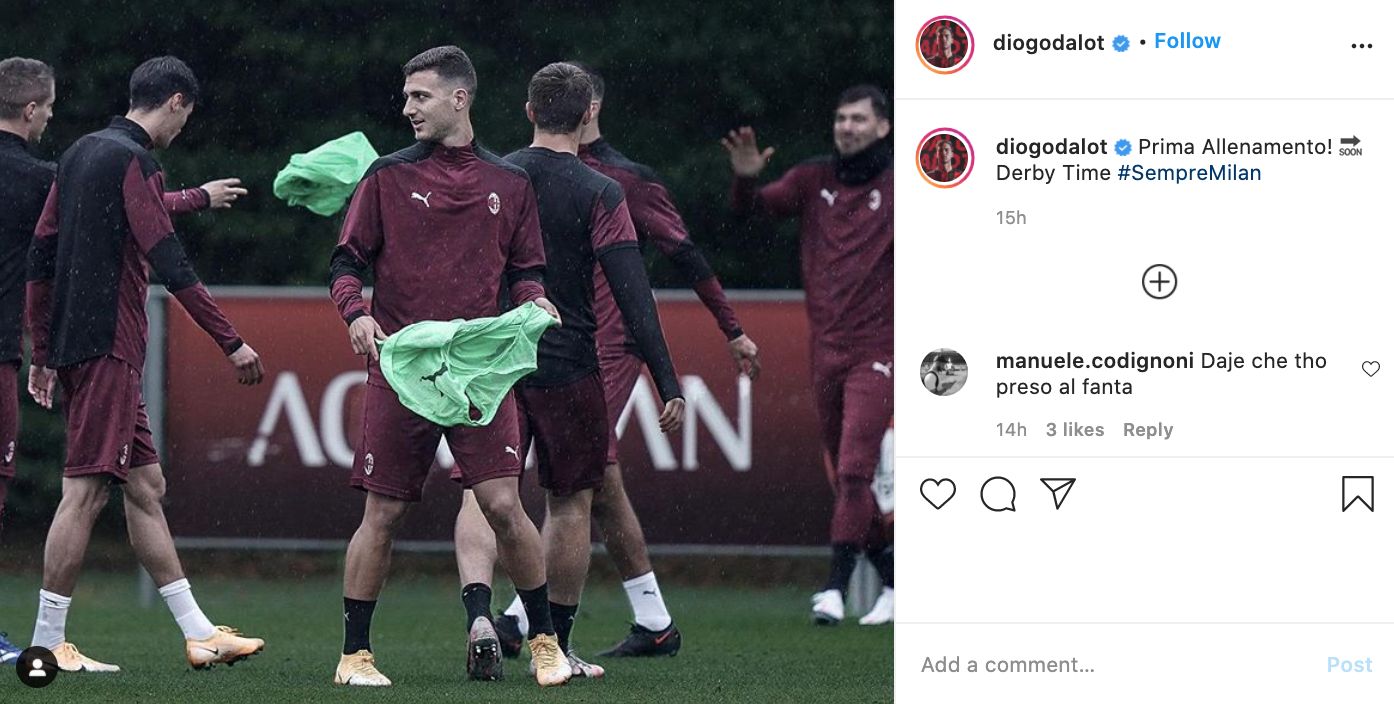 Diogo Dalot has been pictured training with AC Milan for the first time having returned from international duty.

Dalot arrived on a season-long dry loan towards the end of the summer transfer window having struggled for game time at Manchester United, and it cannot be excluded that he makes his debut in Saturday’s derby against Inter.

According to the latest from Sky Italia journalist Gianluca Di Marzio (via MilanLive), United refused to consider giving Milan an option to buy as part of the loan deal, because they plan on bringing him back at the end of the season.

Not only that but they see the Portuguese youngster as a starter for the future, so it will be very difficult for the Rossoneri to convince United to part with him on a permanent deal.

Nonetheless, for now he is a Milan player and you can see below that he has begun training with the group…