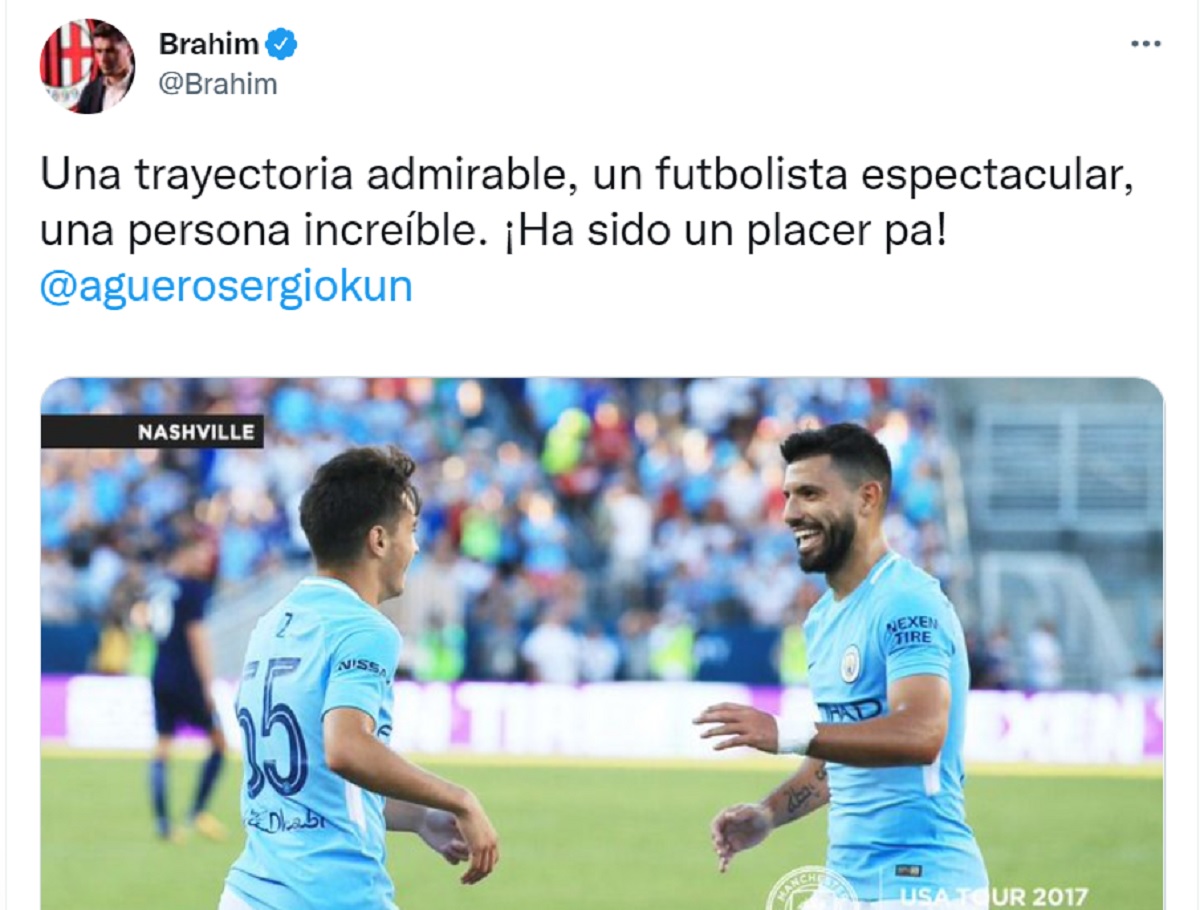 Earlier today, Sergio Aguero announced that he has decided to retire following the heart complication that was discovered a while back. AC Milan midfielder Brahim Diaz has sent a message to his former teammate.

The two played together at Man City, between 2016 and 2019, before Diaz was signed on a permanent basis from Real Madrid. Aguero, who’s now 33-years-old, surely helped the Spaniard with his expertise and quality.

On Twitter, Diaz wrote a message for his former teammate: “An admirable career, a spectacular footballer, an incredible person. It was a pleasure!”.