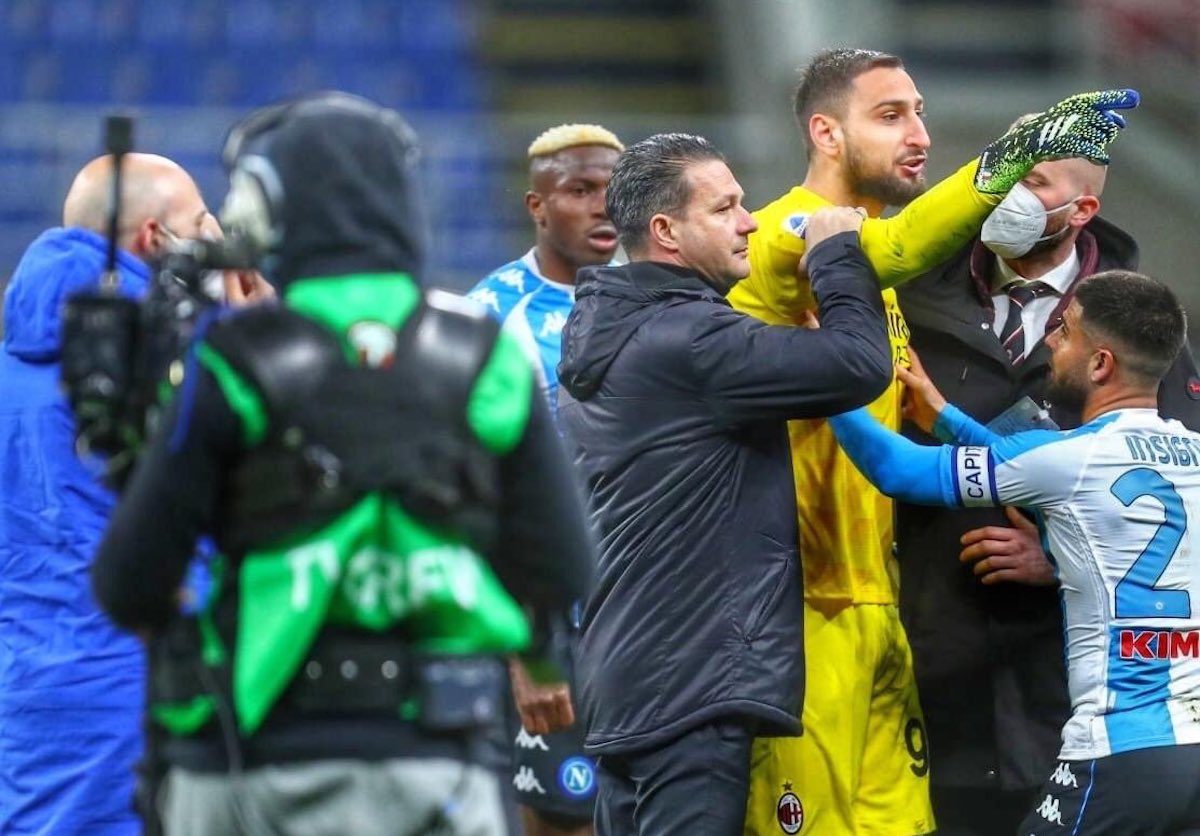 Photo: Donnarumma launches into tirade against Napoli bench at full-time – what was said

Gianluigi Donnarumma launched into a furious tirade at the end of AC Milan’s 1-0 defeat to Napoli last night, aimed at the opposition bench.

At the full-time whistle last night there was a bit of tension between Donnarumma and Napoli as the stand-in Milan captain went over the bench, gesturing and shouting his displeasure about the repeated protests that came from Gattuso’s staff.

According to MilanLive, Gigio told them: “You are a musical band” – implying that Napoli’s staff and players made too much noise during the game. 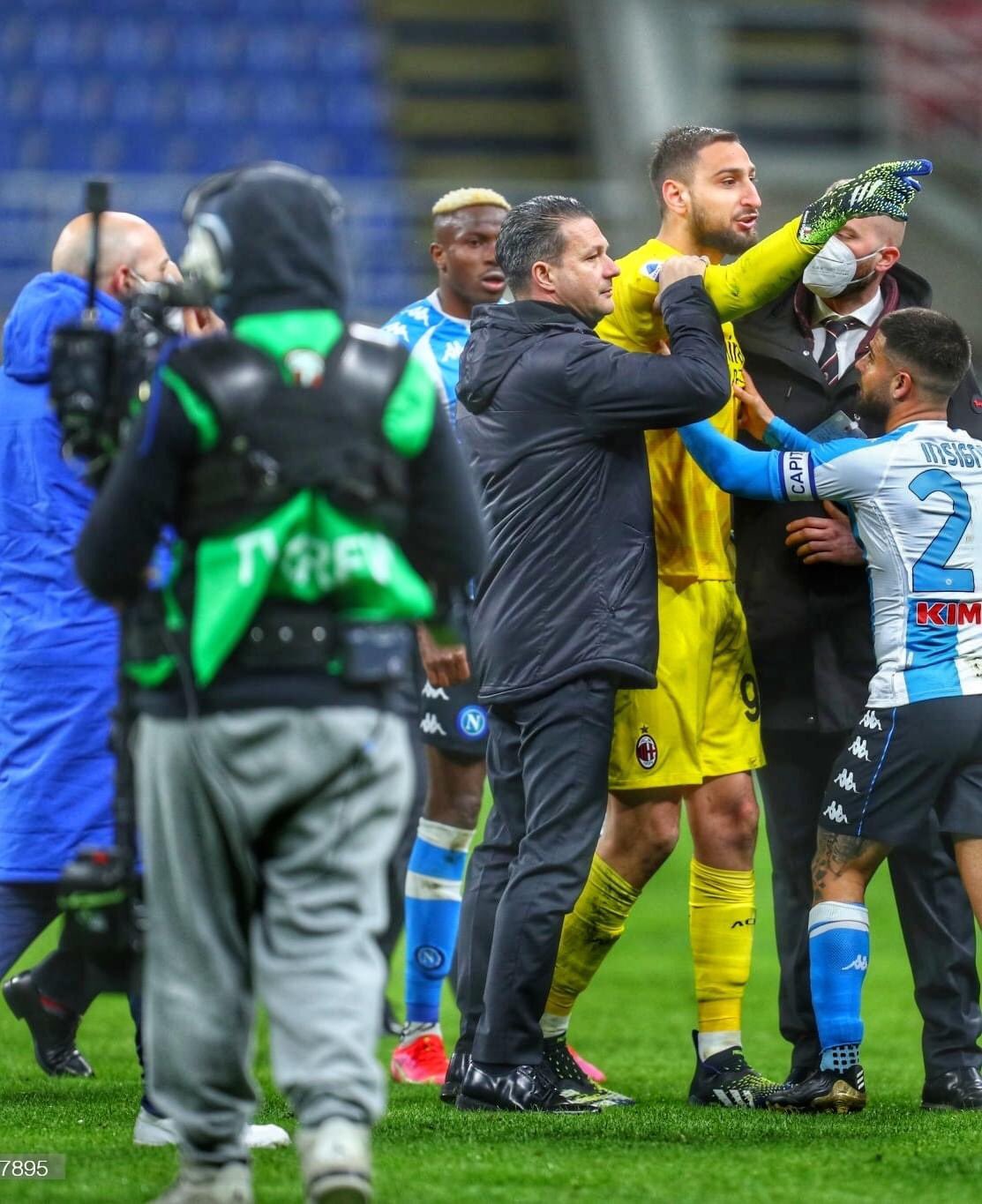