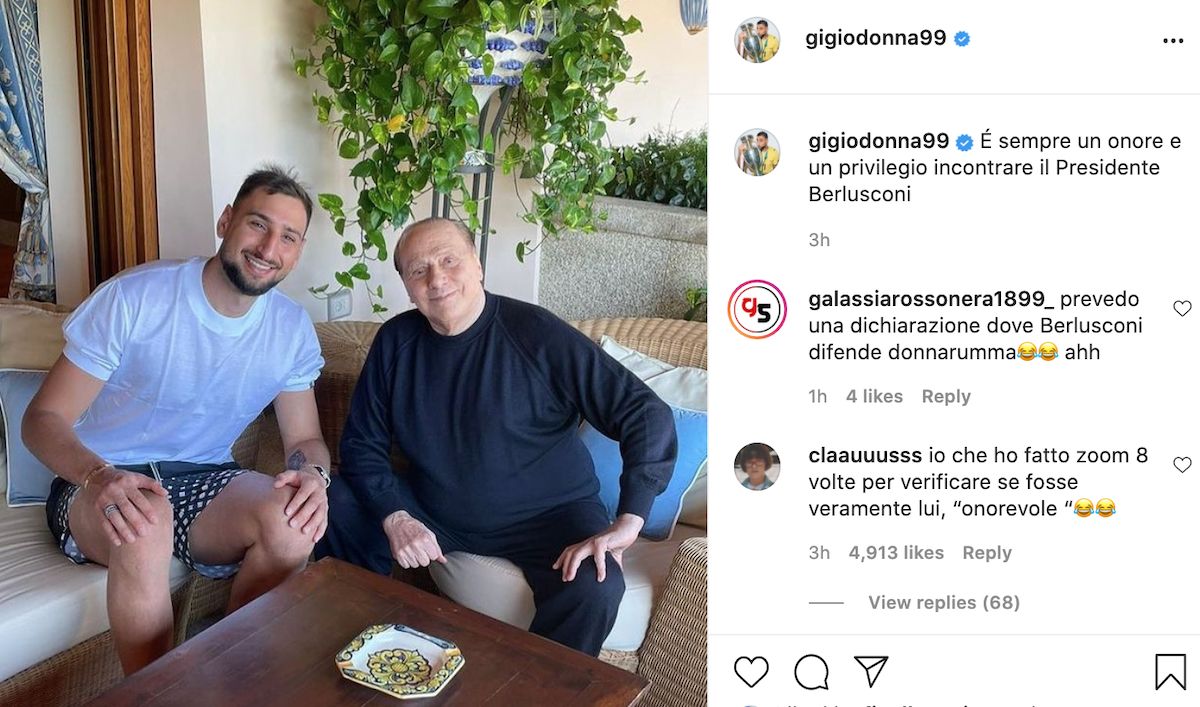 Gianluigi Donnarumma has uploaded a photo of himself with former AC Milan president Silvio Berlusconi, which has drawn a mixed reaction.

Donnarumma is enjoying his triumph at the European Championships with Italy and is waiting to begin his new adventure in France with PSG, but during his holidays the goalkeeper posted a photo on his Instagram profile in the company of the former Milan president, Silvio Berlusconi.

With the photo there is a simple caption: “It is always an honour and a privilege to meet President Berlusconi.”