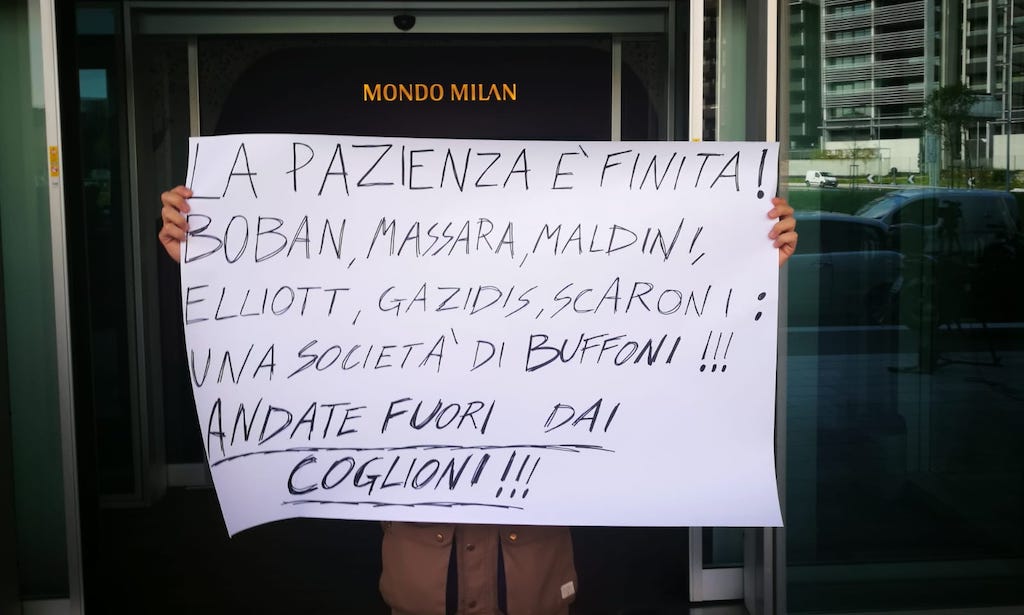 Photo: Fan protests outside Milan HQ – “A club of baffoons, get the f*** out!”

One AC Milan fan has taken to the streets – more specifically the club’s headquarters – to protest about the hiring of Stefano Pioli.

Luciano Spalletti was the favourite to take over from Marco Giampaolo – who is set to be sacked after just seven games – and it was a decision that had the support of the fans for the most part.

Spalletti even apparently agreed a three-year deal, but he was unable to resolve the issue with Inter regarding his severance pay to terminate his contract there and join Milan.

#PioliOut reached the number one trend in Italy on Twitter earlier in the day, showing what supporters think of the new appointment.

The protests are not just restricted to social media though, as a fan has placed himself outside Casa Milan to let his thoughts be known, as the picture below shows.

🗣 An #ACMilan fan is protesting outside Casa Milan…

💬 "The patience is over. Boban, Massara, Maldini, Elliott, Gazidis, Scaroni: A club of buffoons!!! Get the f**k out of here!!!"