Photo: Ibra gets third Tapir d’Oro of the season and insists he is ‘in favour’ of new striker signing

AC Milan striker Zlatan Ibrahimovic has revealed that he is in favour of a new centre-forward arriving to help the team.

As MilanNews writes, Ibrahimovic received his third ‘Golden Tapir’ of the season – a special “prize” delivered to big celebrities or politicians who have had a bad week by Striscia la Notizia. He was given it due to the fact he will miss the European Championships due to injury, and he spared some words for the programme.

“I’m sorry I can’t be there [at the Euros], but we mustn’t give up. New striker? I am in favour of the arrival of someone to help the team, the club will decide.”

On the possibility of a new Sanremo-style adventure: “You never know. I am much sought after.” 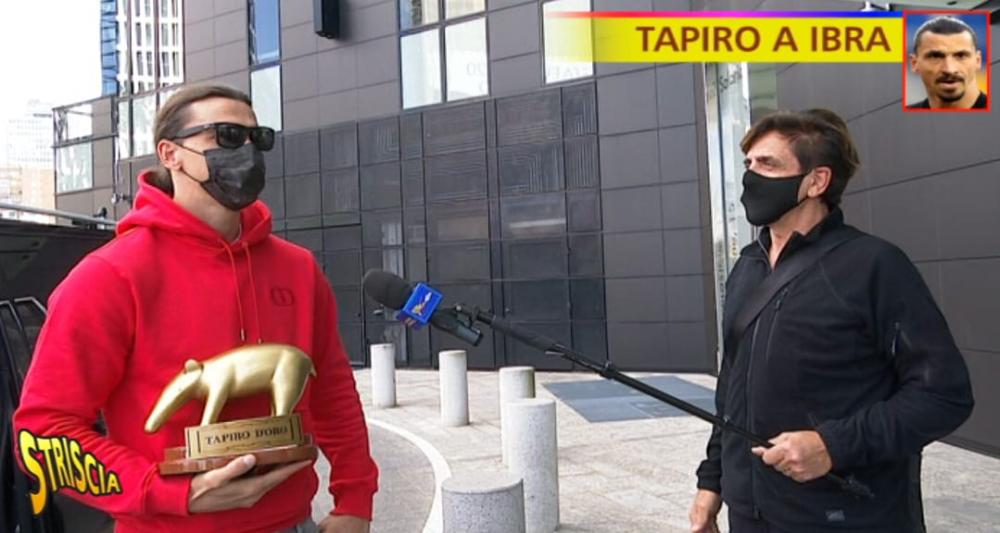