On the final evening of the Sanremo Festival, Zlatan Ibrahimovic dedicated a motivational speech to the audience and gave a gift to the two organisers.

Ibra thanked Italy in an emotional speech, transcribed by MilanNews below…

“I have played 945 games, I have won many, but not all. I’ve won 11 league titles, but I’ve also lost a few. I’ve won a lot of cups, but I’ve also lost a few. I am Zlatan even without having won all the games, I am Zlatan when I win and when I lose. I scored more than 500 goals, but I also missed a few. Some penalties went wrong, but failure is not the opposite of success, but it is part of the success.

“Doing nothing is the biggest mistake you can make. If Zlatan gets it wrong, you can get it wrong too. The important thing is to make a difference every day. Commitment, dedication, perseverance and concentration. I organised this Festival to tell you that each of you, in his own small way, can be Zlatan. You are all Zlatan, and I am all of you. This is not my Festival, it is not the Amadeus Festival, but it is your Festival. It is the Festival of the whole of Italy. Thanks Italy, my second home.”

Towards the end, the Swede brought out two Milan jerseys with the names and the number 21 (current year) on the back as a fift for Inter fans Amadeus and Fiorello. “I brought you a gift. I won this Festival derby,” he remarked.

Today the striker will be in Verona to cheer the team on against Hellas as he continues recovery from a muscle injury. 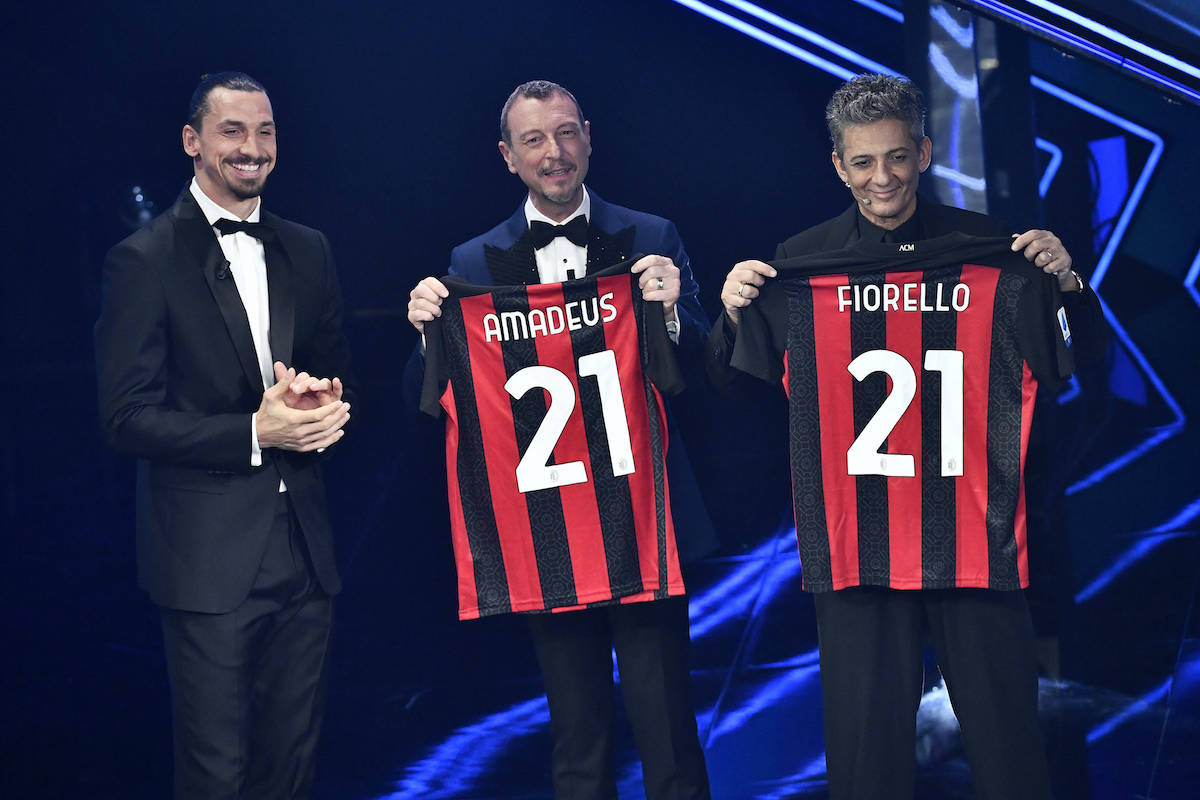