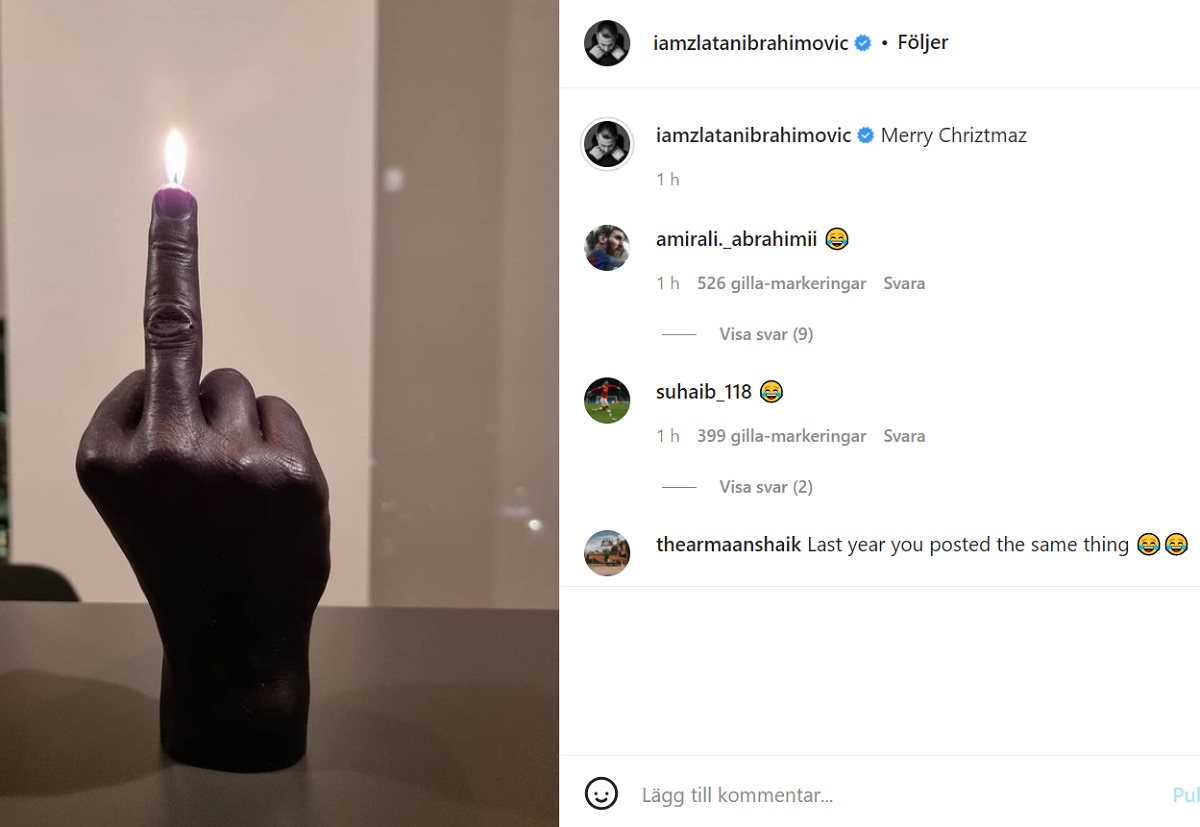 Zlatan Ibrahimovic missed the final game of the year due to a slight injury, but the first half of the season has still been quite positive for him. On social media, he sent a Christmas message to his followers.

In 15 appearances, the Swede has bagged seven and assisted an additional two goals, which has to be considered as very good amid the injury struggles. Therefore, you can imagine that Ibrahimovic is in a good mood.

On his social media channels, he decided to send a rather vulgar but amusing Christmas message. ‘Merry Chriztmaz’, he wrote, along with the amusing image.