Photo: Ibrahimovic given unwanted award again after Inter loss – “We made many mistakes, but we will recover”

Zlatan Ibrahimovic has pledged that AC Milan ‘will recover’ after a difficult afternoon yesterday in the derby against Inter after he was given an unwanted award.

It was not an ideal afternoon for the Rossoneri as they lost valuable ground to Inter in the title race with Lautaro Martinez and Romelu Lukaku firing the Nerazzurri to a 3-0 victory.

Ibrahimovic was given the ‘Golden Tapir’ – a special “prize” delivered to big celebrities or politicians who have had a bad week by Striscia la Notizia.

He responded: “It was hard. We made many mistakes, but we will recover. At the next game I go with the Tapiro, maybe it brings luck.

Ibra next week will be a guest at Sanremo Festival: “For now I am focused on matches,” he said (via Calciomercato.com). 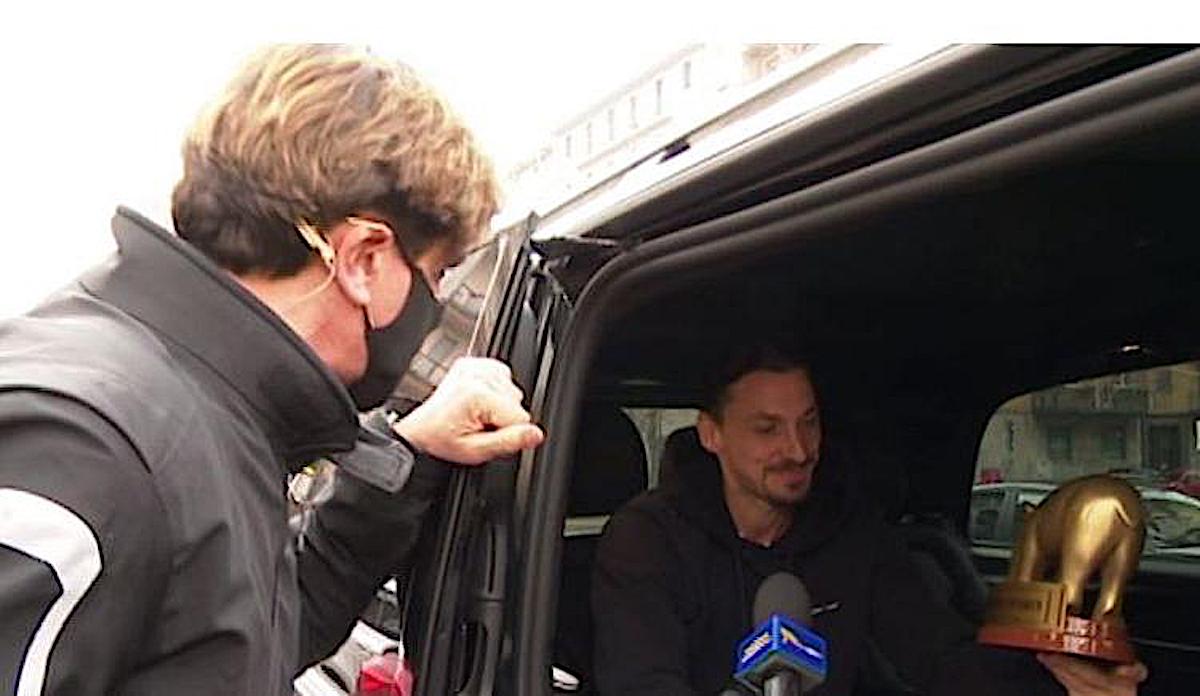