Photo: Ibrahimovic hits out at EA Sports FIFA – “Somebody is making profit on my name”

AC Milan striker Zlatan Ibrahimovic has launched into an attack on social media against EA Sports for using his name and face on FIFA, which he believes they do not have rights for.

Milan announced back in August that they had signed a new exclusive multi-year deal with EA Sports FIFA, who will become the club’s Official Football Gaming Partner.

It was revealed that the partnership between Milan and Pro Evolution Soccer would come to an end and therefore FIFA took over, but Ibrahimovic believes that they are not entitled to use his name and face.

“Who gave FIFA EA Sport permission to use my name and face? @FIFPro? I’m not aware to be a member of Fifpro and if I am I was put there without any real knowledge through some weird manouver,” he said on Twitter.

“And for sure I never allowed @FIFAcom or Fifpro to make money using me.

“Somebody is making profit on my name and face without any agreement all these years. Time to investigate.” 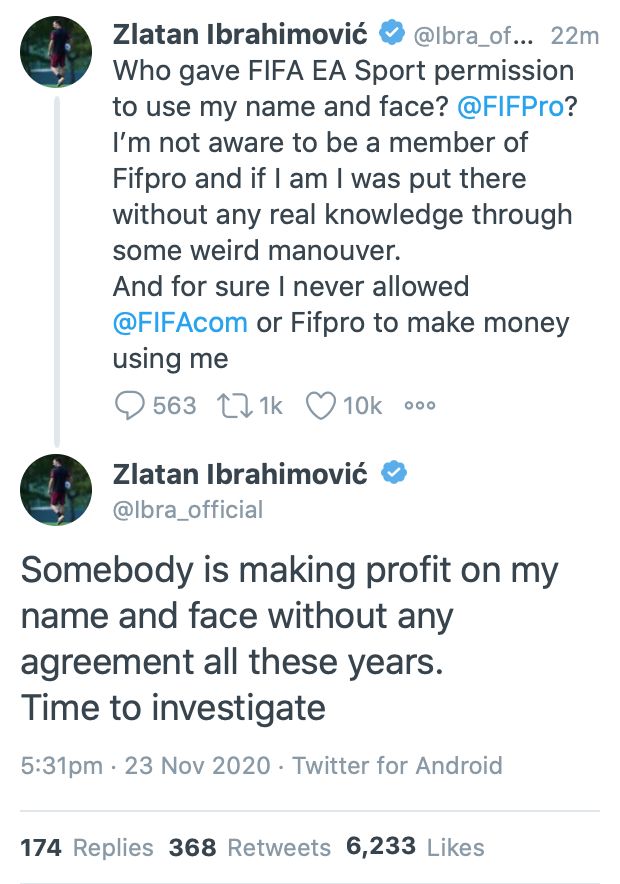