The ‘Golden Tapir’ is a special “prize” delivered to big celebrities or politicians who have had a bad week, and ti was given to the Swede by the historian Valerio Staffelli.

The reason for this satirical award concerns the controversy between Ibrahimovic and EA Sports, the video-game company that Ibrahimovic claims are exploiting his image.

Speaking to Staffelli, Ibrahimovic accepted the award and then explained his stance.

“EA Sports says it has acquired the rights from FifPro, but we have not signed anything. We need to investigate, they are exploiting my image without giving me a euro,” he said.

Ibra then joked about winning the awarded again: “It is the fifth I received in my career, now I’m aiming for the Cassano record, who got 15. How do I feel? Better, with this award I’ll go even faster.” 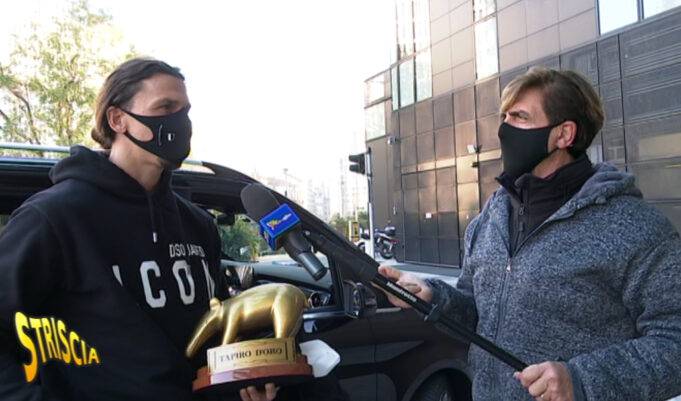