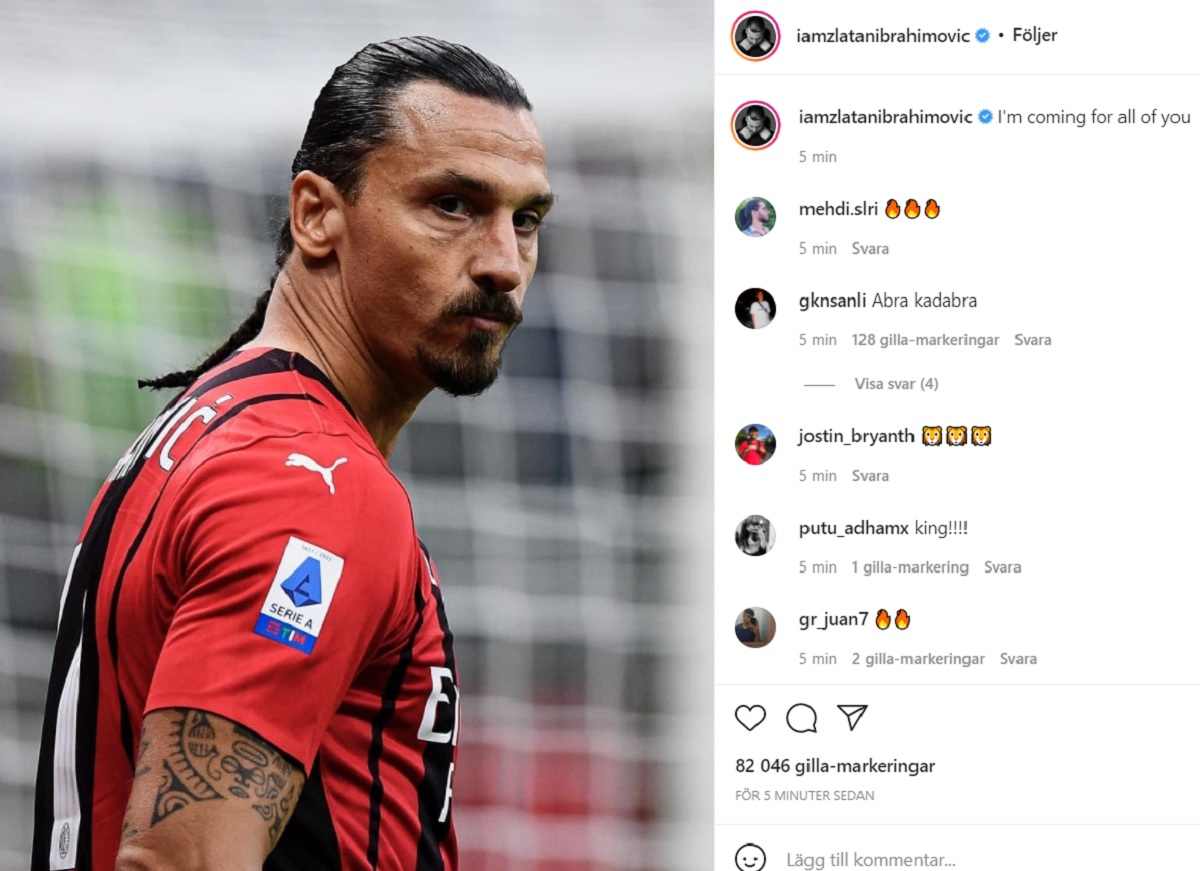 Photo: Ibrahimovic sends message ahead of Atleti vs. Milan – “I’m coming for all of you”

On Wednesday evening, AC Milan will take on Atletico Madrid in the Champions League and they must collect the three points. That’s their only chance of advancing to the next round and Zlatan Ibrahimovic knows that.

The Swede played the full game against Fiorentina last night and scored a brace. He also assisted the own-goal at the end and it’s clear that he’s in good form. It’s possible, therefore, that he will start against Atletico Madrid as well.

On his social media channels, Ibrahimovic sent a message that probably is directed to all of the upcoming opponents, but it has more meaning in relation to Wednesday’s game. “I’m coming for all of you,” he wrote.

I'm coming for all of you pic.twitter.com/cxYCFzaZku