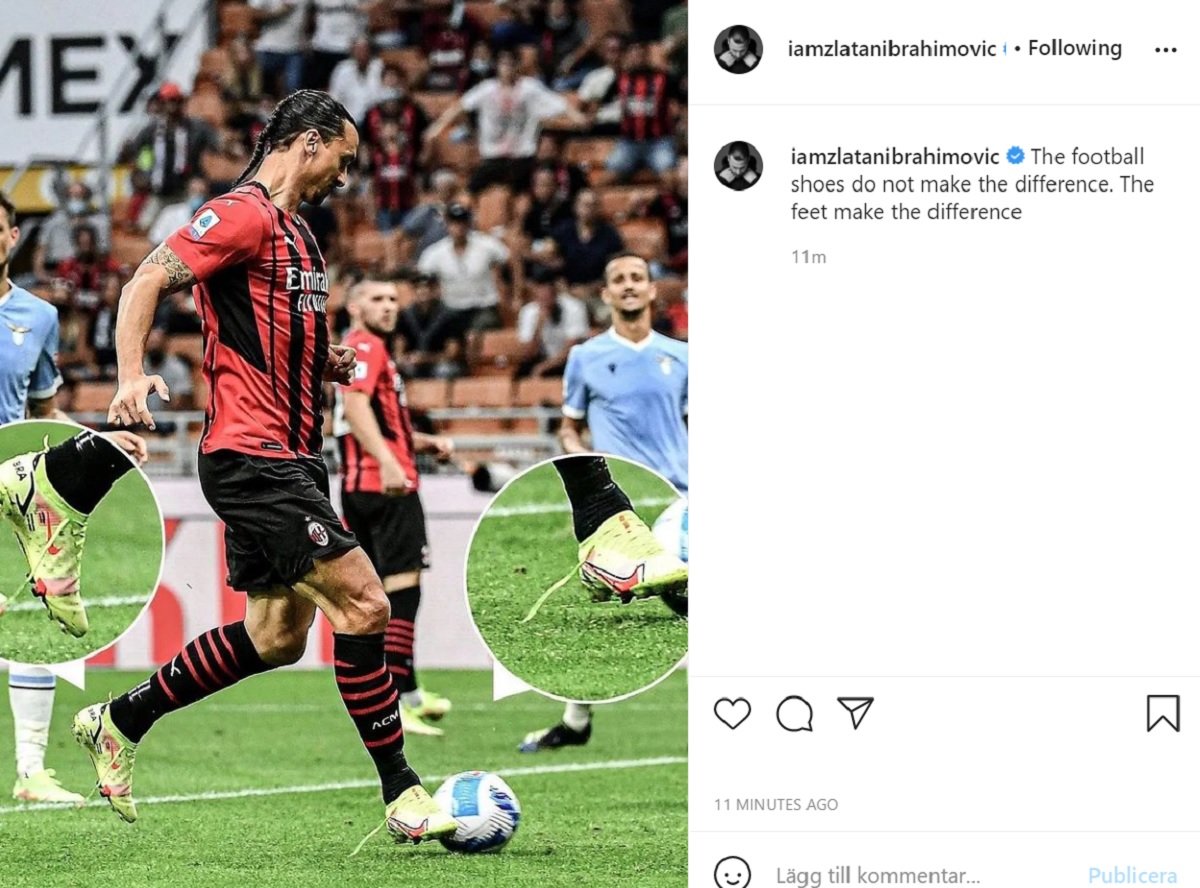 Photo: Ibrahimovic on his goal vs. Lazio – ‘The shoes don’t make the difference’

Zlatan Ibrahimovic returned to the pitch on Sunday evening and scored almost straight away against Lazio. He will miss out tonight, though, as he has a slight discomfort in his Achilles tendon.

On his social media channels, the Swede published a funny message about the goal he scored against Lazio. As the counter-attack started, his laces were untied his he just went with it, succeeding with the tap-in eventually.

READ MORE: Pioli has no doubts as Bennacer and Rebic will start in Liverpool-Milan