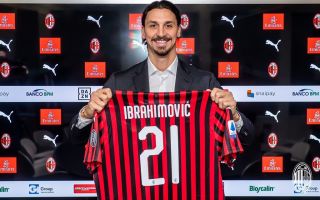 Zlatan Ibrahimovic is officially an AC Milan player after his contract was deposited at the head office of Lega Serie A.

The striker left La Madonnina clinic earlier on Thursday after completing his medical examinations and underwent more fitness tests before signing his contract at Casa Milan.

Hundreds of fans were present outside the club’s headquarters to welcome the Swede, who will be officially unveiled to the media on Friday and will wear the No.21 shirt at Milan.

He is currently undergoing an individual training session at the Milanello complex, while Lega Serie A have confirmed that his contract has been deposited and he is now an officially registered Milan player.