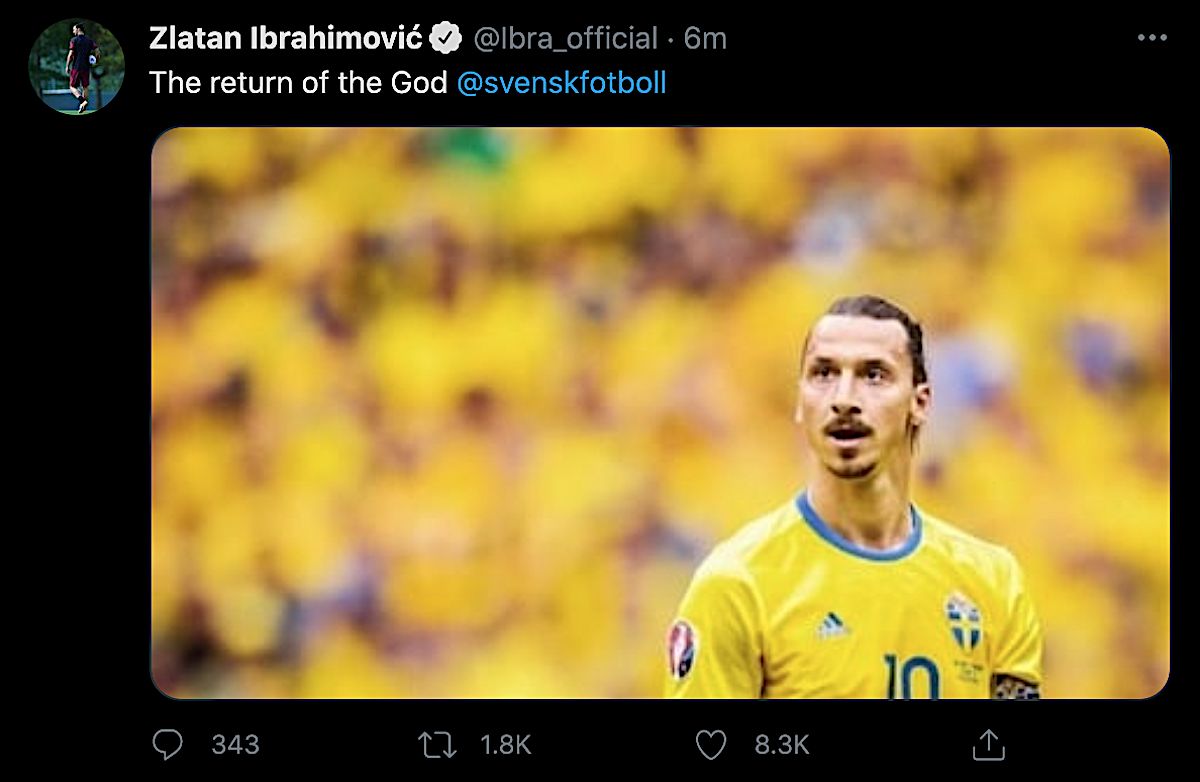 Photo: Ibrahimovic reacts to Sweden comeback on social media – “The return of the God”

There were rumours that Zlatan Ibrahimovic would be called up for the Swedish national team ahead of their games later this month, and now it is official.

The 39-year-old returns after an absence of over four years and will be available for Sweden’s World Cup qualifiers later this month against Georgia and Kosovo plus a friendly against Estonia.

Head coach Janne Andersson announced the list of players called up for the matches this afternoon, and Ibrahimovic has already reacted on social media.