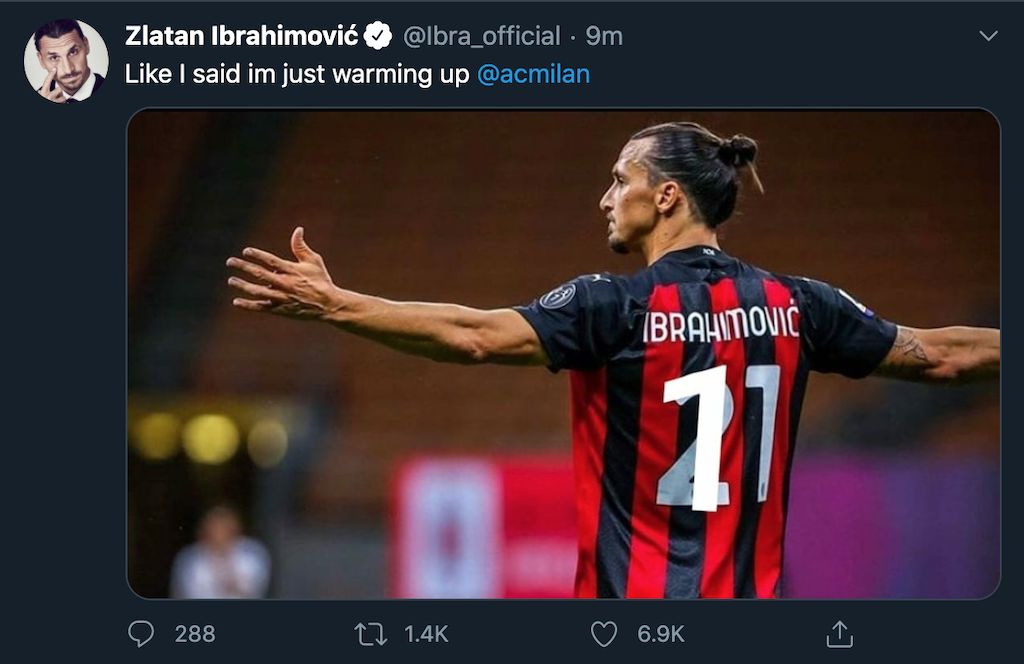 Zlatan Ibrahimovic appears to have thrown yet another spanner in the works on social media by teasing at a new number – but not the No.9.

It seems as though everything is agreed regarding the Swede’s renewal, with all the main sources reporting he will sign a new one-year contract worth €7m net excluding bonuses.

It was expected that Ibrahimovic would also change number too, from No.21 to No.9, but his latest post on Twitter suggests he will go back to using the 11 that he had during the 2010-11 Scudetto season and the following one.