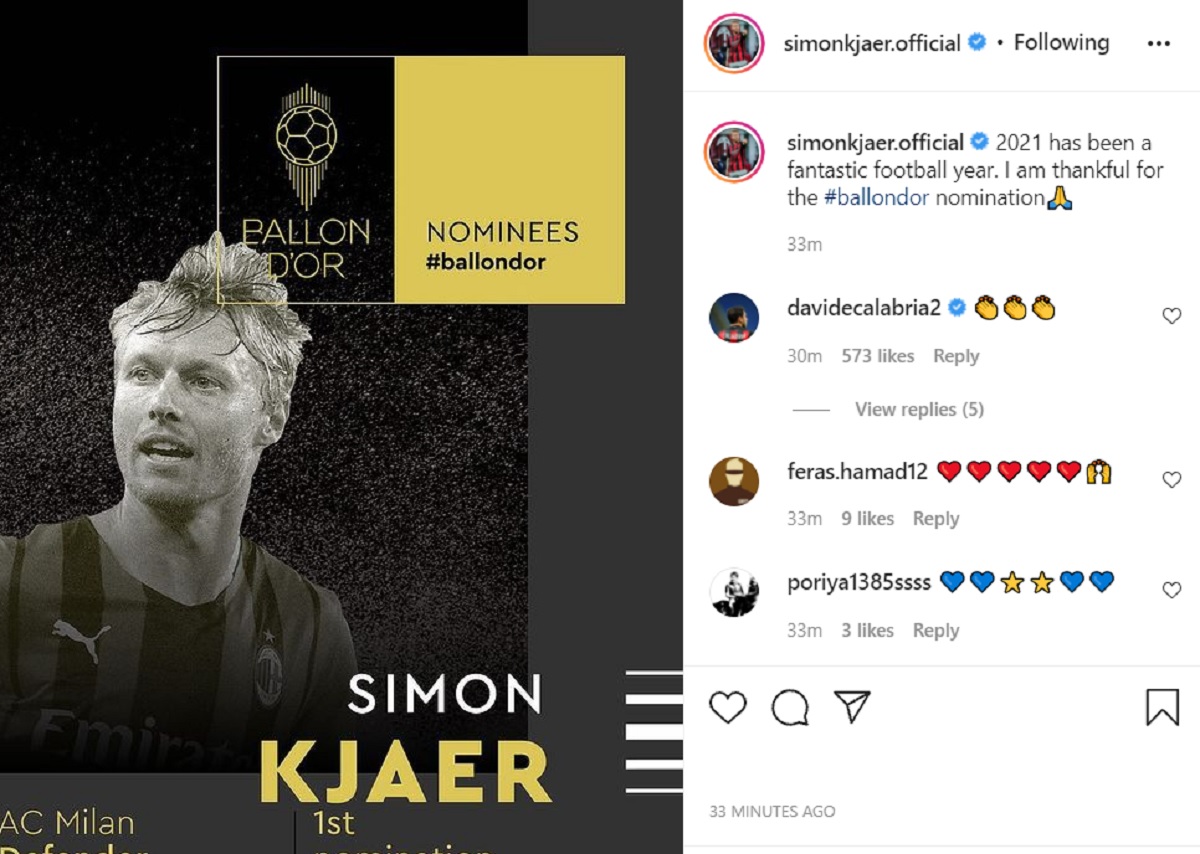 Earlier this evening, it was announced that Simon Kjaer has been named in the 30-man shortlist for the Ballon d’Or award. The Dane, who has been important for AC Milan, has now reacted to the matter.

Although Kjaer’s contribution at AC Milan – and for the Danish national team – is undeniable, the nomination probably has a lot to do with the Euros. The defender, as we all know, acted like a true leader in a tough situation.

On Twitter, Kjaer reacted to the inclusion and wrote the following message: “2021 has been a fantastic football year. I am thankful for the Ballon Dor nomination”.

READ MORE: Milan dust off heavy artillery as Giroud returns and Ibrahimovic is closing in