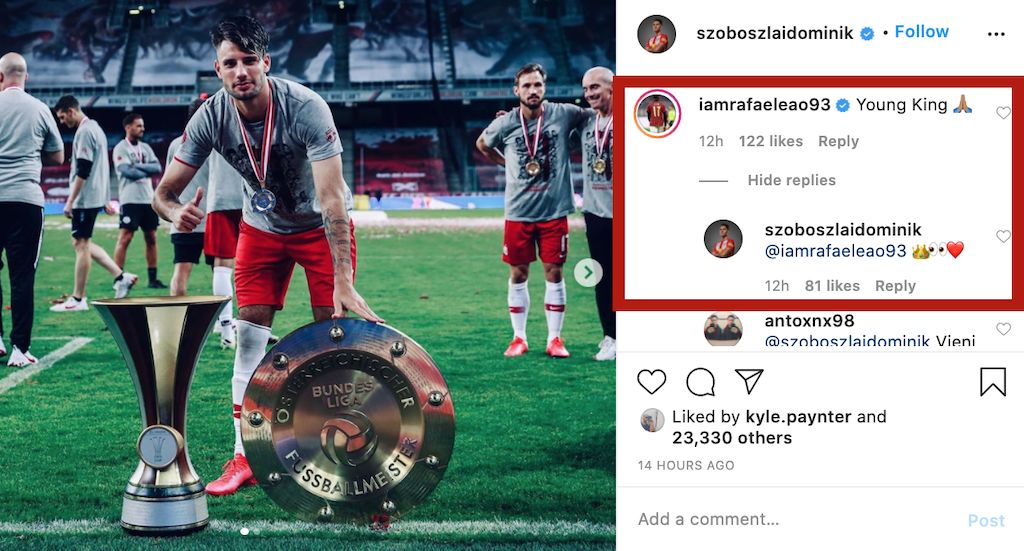 There continues to be an abundance of speculation from a number of sources linking Milan with a move for Szoboszlai, and the seemingly good relationship between the 19-year-old and Leao does nothing but fuel the rumours.

It is of course not the first time that the pair have had an exchange on Instagram, as last month Leao congratulated the Hungarian for his hat-trick against Sturm Graz, while the Salzburg man commented after Leao’s goal against Lecce.