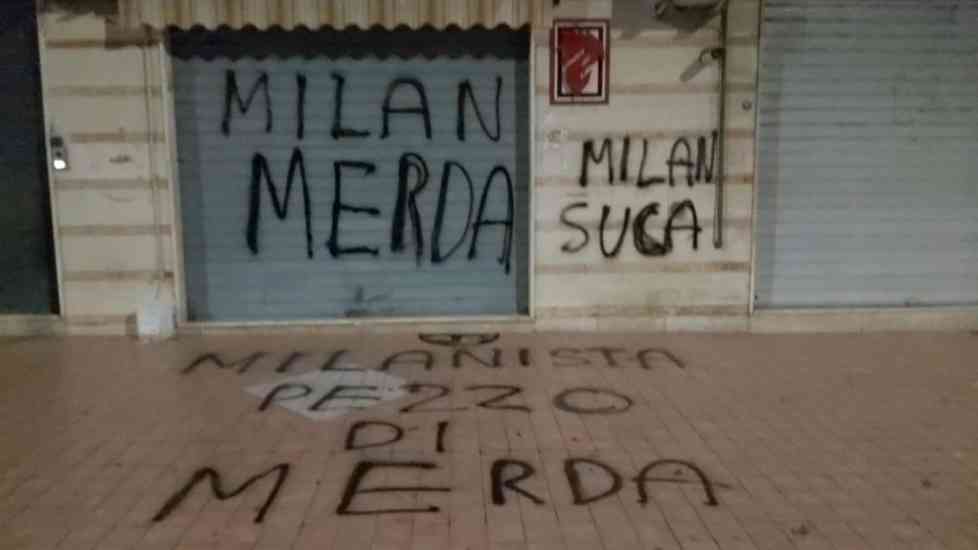 An unsavoury incident has marred the build-up to AC Milan’s game against Benevento in Campania this evening.

Milan Club Benevento – the Rossoneri fan club based in the city – went viral on social media yesterday for welcoming the team with a procession of pyrotechnics.

However, as Anteprima24 report, they have now had their headquarters vandalised with insulting graffiti on the shutters and on the pavement outside.

Stefano Pioli’s men don’t need added reasons to get fired up, but if they did…

🤦 Vandals have targeted the Milan Club Benevento headquarters overnight, smearing it with graffiti.