One of the tweets was in reference to the fact that the Portuguese has had little time to prove himself yet Pioli has still demanded more of him, while the other talks about the comments that the head coach made about Leao being better in training than in actual game situations.

It could be a sign that the 21-year-old is not happy with his current situation. 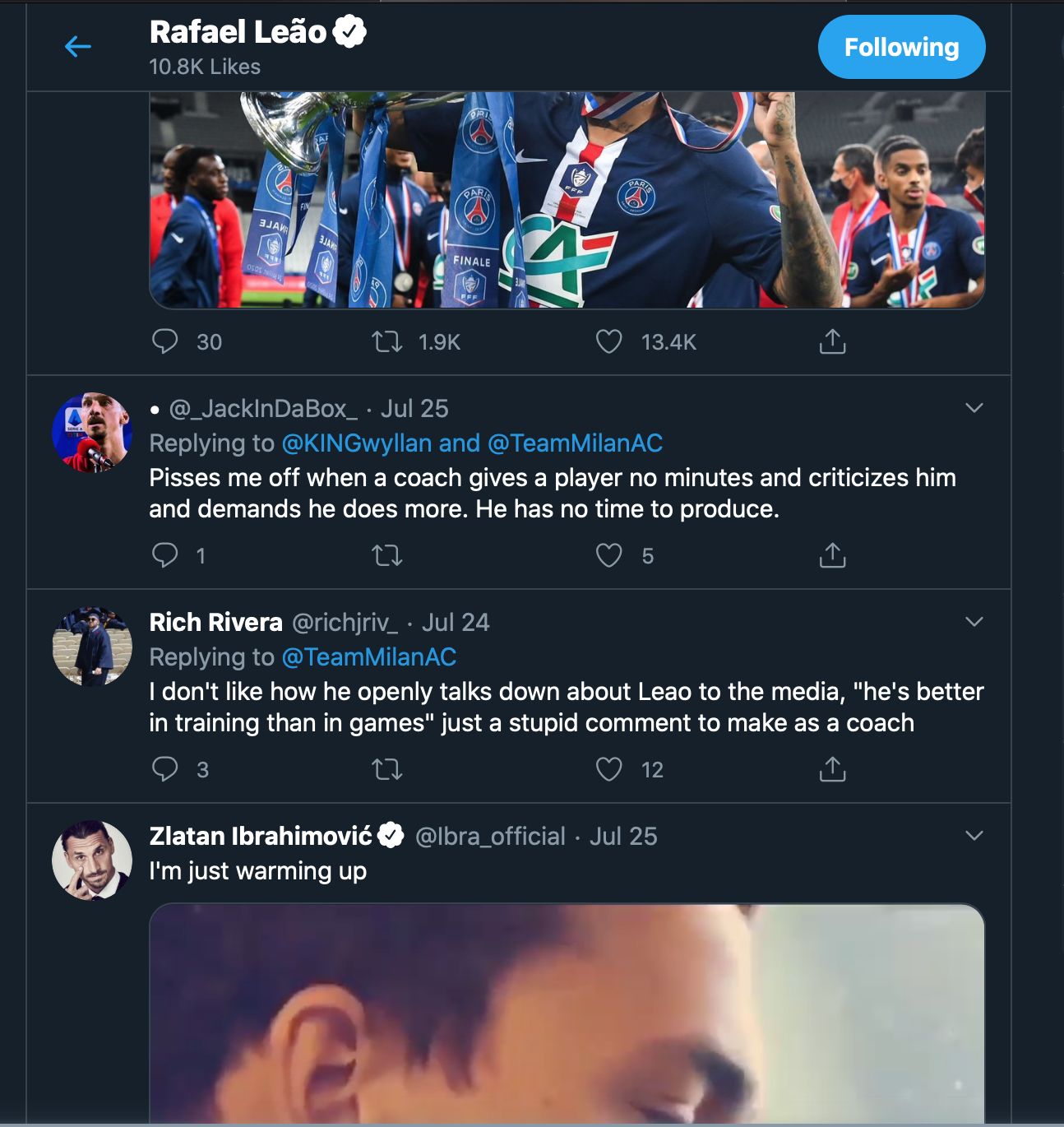