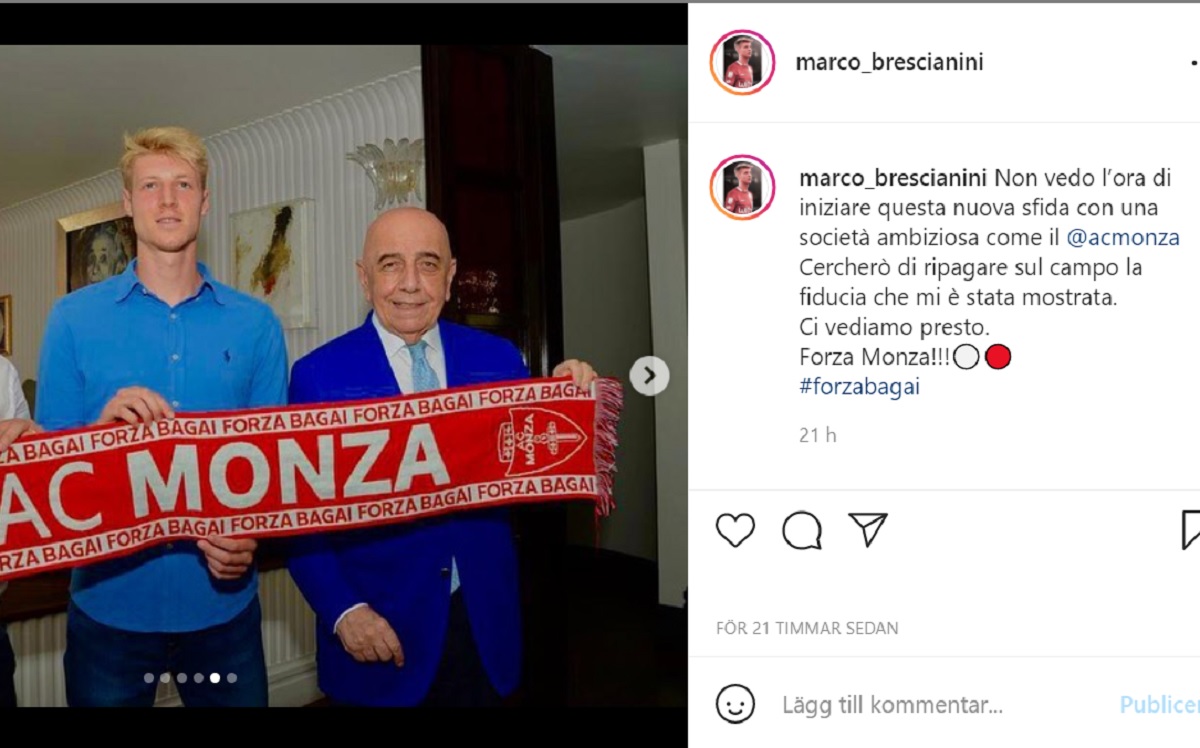 Marco Brescianini completed his loan move to Serie B side Monza (owned by Silvio Berlusconi) yesterday after a year at Virtus Entella. In other words, Milan deemed that he needed another season to develop.

The midfielder took part in Milan’s pre-season ahead of this past campaign but was loaned out shortly after to Virtus Entella. Although he did well, the Rossoneri wanted him to get one more year and Monza was the perfect solution.

There is no buy-out clause in the deal as Milan believe in the 21-year-old, who shared his thoughts on the move on Instagram: “I can’t wait to start this new challenge with an ambitious club like Monza. I will try to repay the trust shown in me on the pitch. See you soon. Forza Monza,” he wrote.