AC Milan have started this season in almost the best way possible with 19 points after the first seven games. It’s safe to say that Stefano Pioli can be pleased with his team, with things currently on hold amid the international break.

The Rossoneri are certainly a force to be reckoned with in Serie A this season and it remains to be seen if they can go all the way. When asked about the matter yesterday, Pioli made it clear that they believe in it.

“We have started well. We are a strong team, but the competition will be difficult and very balanced. We will play for it until the end,” he stated as cited by MilanNews.

Today’s front page of Gazzetta Dello Sport alluded to this as they put Pioli in the best spot and wrote the following: “Pioli says Scudetto”. 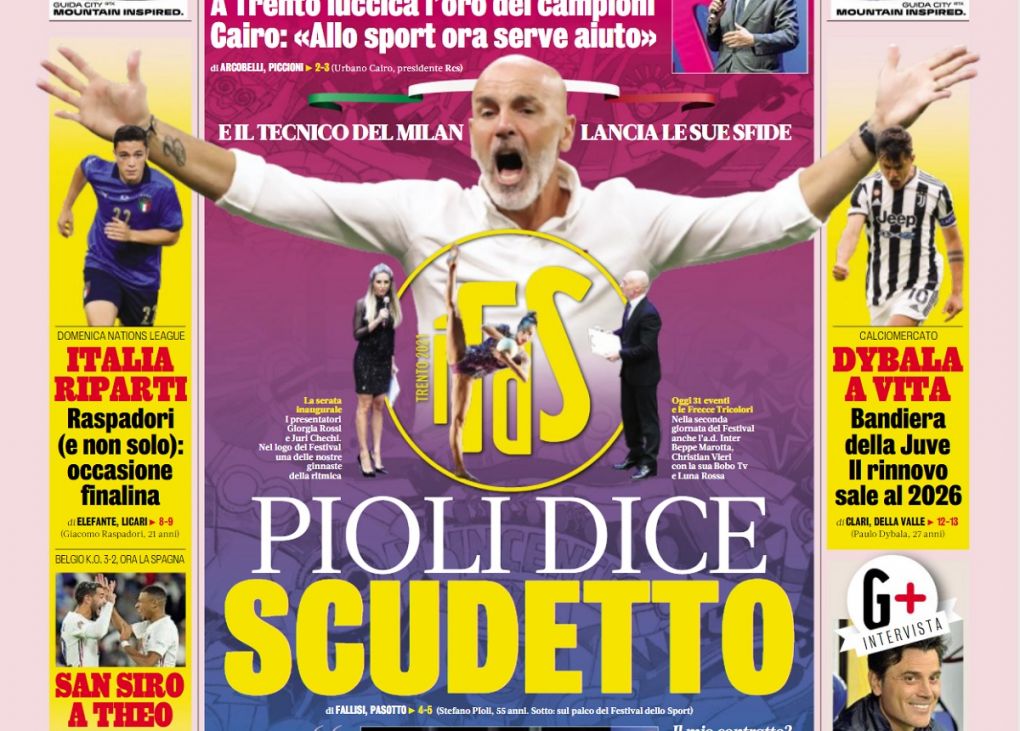 READ MORE: Milan ‘serious’ in pursuit of Belotti as he should leave Torino for free