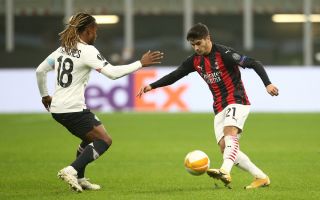 There have been some surprising rumours regarding AC Milan this summer, both positive and negative ones, as they are working hard on the market. In addition to Bernardo Silva, a compatriot of his has also been linked with the club.

In the last few days, the Rossoneri have been linked with a move for Bernardo Silva, who wants to leave Man City. You can read more about that here. In the midst of all this, another Portuguese player has been linked with Milan.

On their Twitter page, Portuguese outlet SportTV hinted that Bernardo Silva isn’t the only one on the Rossoneri’s radar, but also Renato Sanches. The Lille star is currently injured, though, so the rumour has to be taken with a pinch of salt.

READ MORE: Pellegri has decided to wear No.64 at Milan – announcement tomorrow