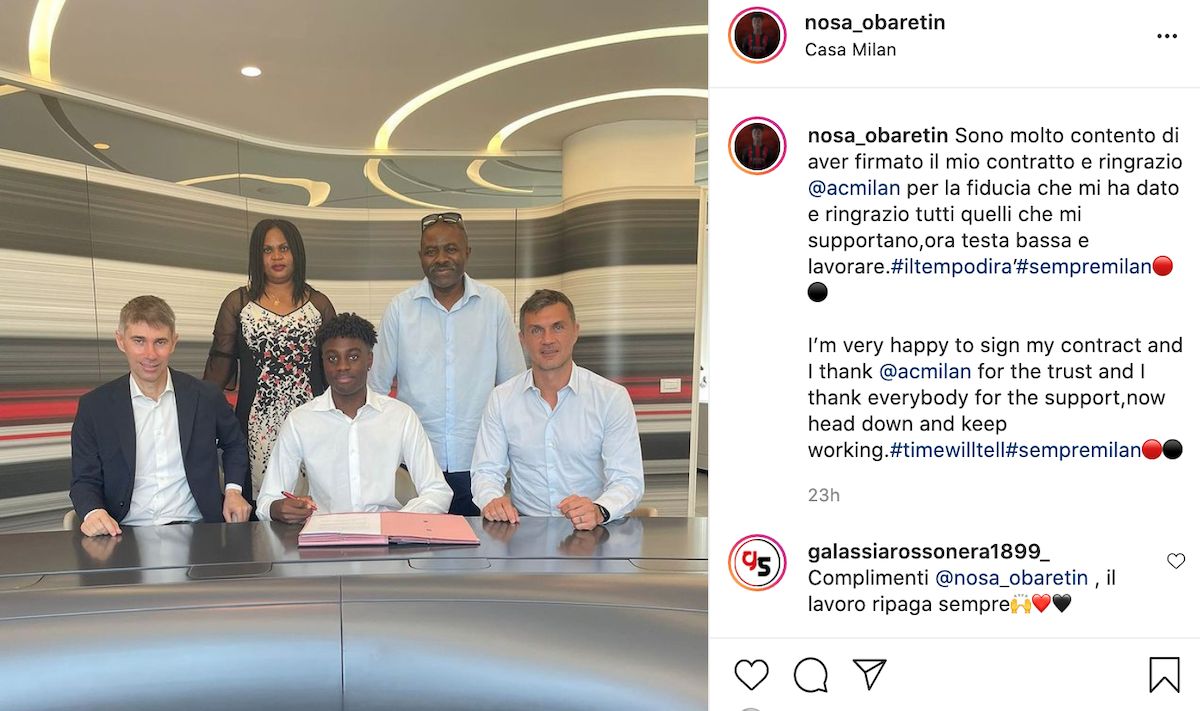 Photo: Primavera star confirms he has signed new deal – “I thank Milan for the trust”

AC Milan Primavera defender Nosa Edward Obaretin has confirmed on Instagram that he has renewed his contract with the club.

Milan are hoping to build the champions of the future through their Primavera, and Obaretin – a central defender also adaptable to left-back – is part of the core. The 18-year-old joined Milan from Cesena youth and confirmed the signing of a new deal on Instagram in a photo with Maldini and Massara.

“I am very happy to have signed the new contract and I thank Milan for the trust they have placed in me. given and I thank all those who support me, now head down and work,” he said.