After losing his starting spot in the second half of last season, Alessio Romagnoli seems eager to get it back. The defender, who still has the captain’s armband, has dropped a hint regarding his future.

Romagnoli’s contract with Milan will expire in 2022 and there have been many exit rumours, seeing as his agent is Mino Raiola. Without an agreement this summer, the Rossoneri would be forced to sell him.

However, as seen on his Instagram profile, Romagnoli seems very happy to be back at Milanello ahead of the upcoming season. “Happiness’, he wrote, adding a picture with a big smile on his face. A hint or just a regular occurrence? 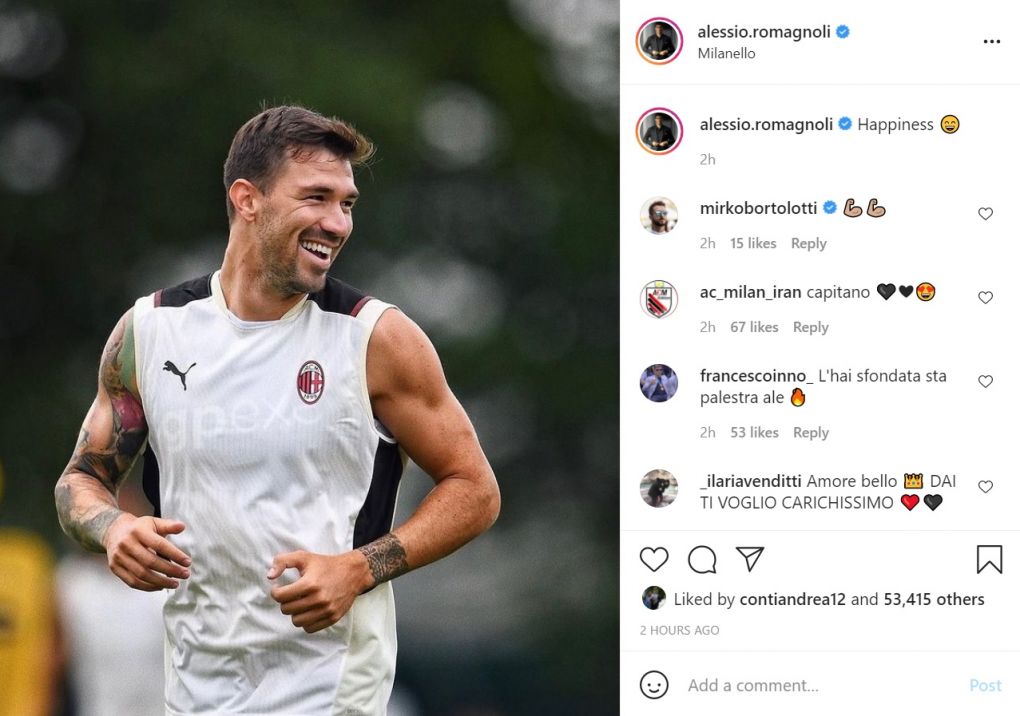