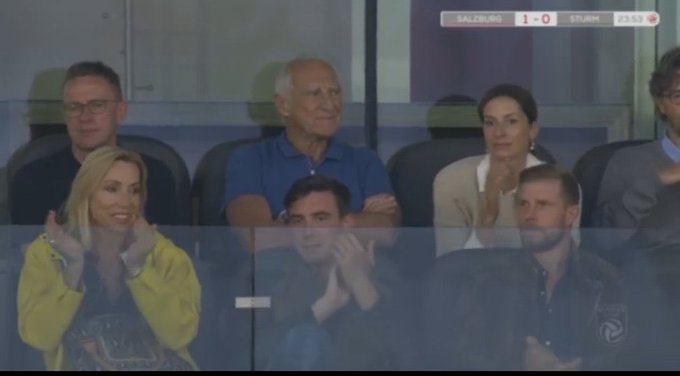 Photo: Szoboszlai to Milan rumours fuelled as Rangnick is spotted at Salzburg game

Last night, Dominik Szoboszlai managed to get on the scoresheet once again with a fantastic free-kick (see here). Since the Austrian league was resumed, he has bagged six goals and nine assists in nine games.

As we reported last week, Ralf Rangnick – who will become the Rossoneri’s manager and sporting director – has made it clear that he wants to sign Szoboszlai. In fact, contacts are currently ongoing with RB Salzburg.

During yesterday’s game, the German was spotted at Salzburg’s game as seen in the photo below. Certainly, although the 62-year-old still works within the Red Bull empire, this fuels the rumours of a move to Milan for the Hungarian.