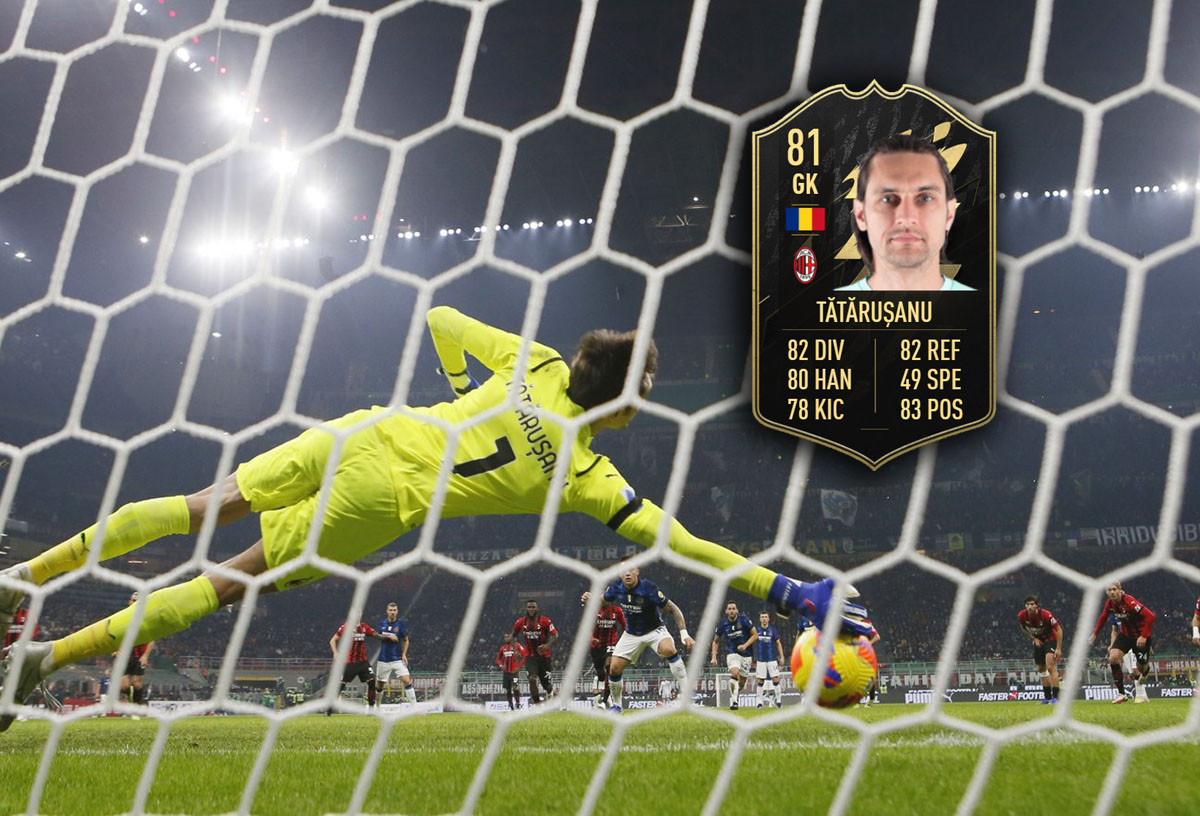 Photo: Tatarusanu included in EA Sport’s Team of the Week after penalty save vs. Inter

Ciprian Tatarusanu was the big hero for AC Milan at the weekend as he saved a penalty against Inter. It turned out to be crucial as the game finished 1-1 and the Rossoneri thus kept their distance from the Nerazzurri.

The goalkeeper hasn’t exactly been bombarded with love this season as he struggled in the first few games. Lately, though, he has really looked confident and in combination with that, he has done really well.

The derby was another example of that and his performance earned him a place in EA Sport’s Team of the Week. Hopefully, he will continue like this.

🇷🇴 Tatarusanu gets into the @EASPORTSFIFA Team of the Week after his penalty save against Inter 👏🔴⚫ pic.twitter.com/mlNcTwY1Om

READ MORE: Milan will increase Pioli’s salary as three-year renewal is on the cards