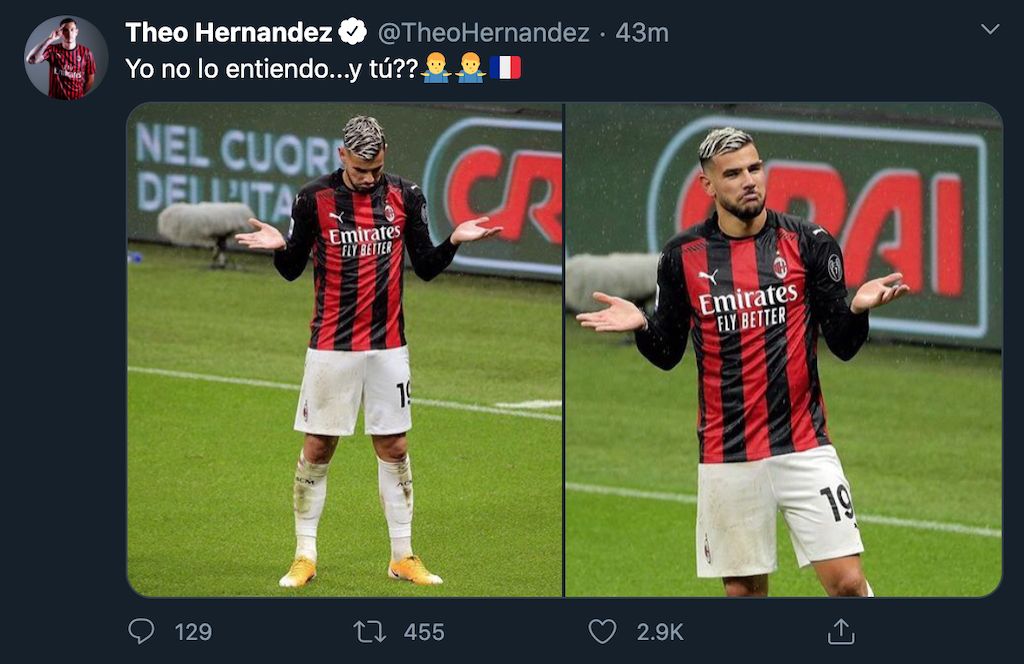 AC Milan defender Theo Hernandez has seemingly taken a shot at the French national team after he was snubbed from the latest round of call-ups.

Theo is still waiting to make his senior debut for France even though his performances last season and to begin the 2020-21 campaign definitely warrant at least a call-up, and the player thinks so to.

He posted on his official Twitter account two pictures of his shrug celebration with the caption: “I don’t understand, do you?”