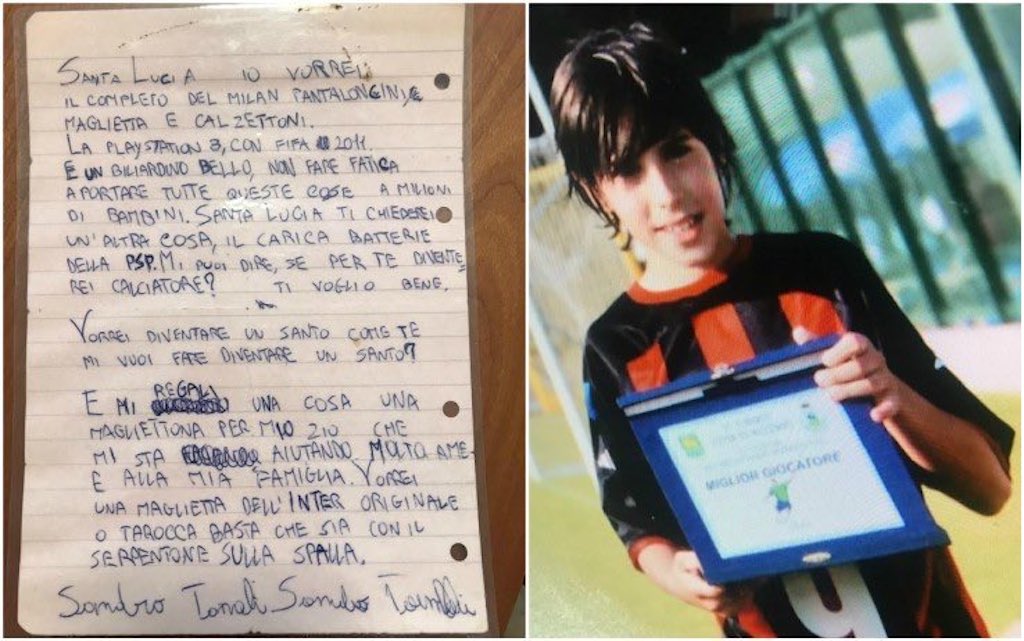 Photo: Tonali’s letter as a child asking for a Milan shirt and an ‘original or fake’ Inter shirt

Sandro Tonali looks all set to complete a move to his boyhood club AC Milan in the coming days, according to multiple reports.

Gianluca Di Marzio, Fabrizio Romano, Pietro Balzano Prota and Vito Angele are all reporting that Sandro Tonali to Milan is a done deal. Milan have managed to secure the midfielder on a paid loan with an option to buy.

Calciomercato.com take a look back at a letter that Tonali wrote as a young child, pictured below and during which he asked for the new Milan shirt, shorts and socks as a first thing, as well as a PlayStation 3, FIFA 11 (implying he was 10 or 11 when it was written) and a PSP charger.

He even asks for an Inter shirt, but not for him: “Can you give me something? A t-shirt for my uncle who is helping me a lot. I would like an Inter shirt, original or fake as long as it is with the snake on the shoulder.”

He then asks: “Can you tell me if I will become a footballer?”.

A letter from a young Sandro a Tonali asking for a Milan shirt.