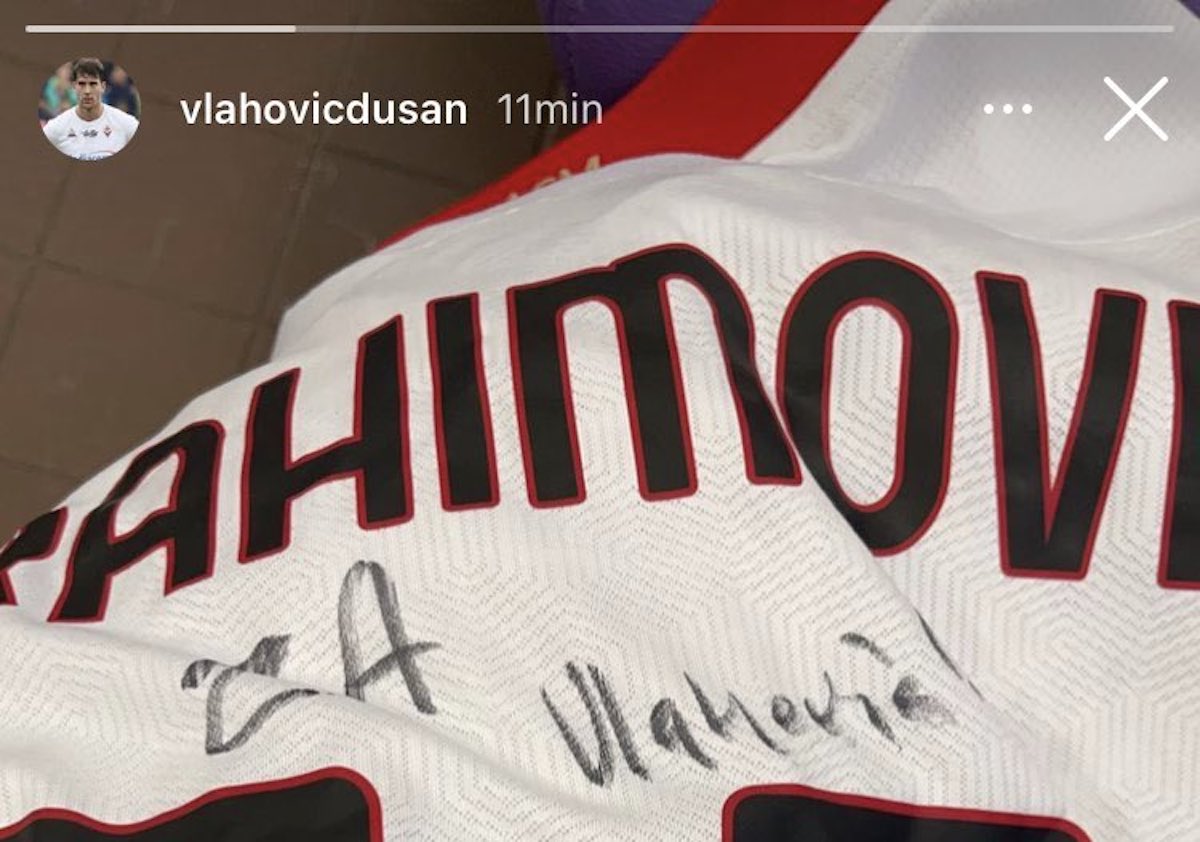 Photo: Vlahovic gets signed shirt from his ‘idol’ Ibrahimovic amid Milan transfer links

Even though Fiorentina lost 3-2 to AC Milan on Sunday afternoon, Dusan Vlahovic certainly did not come away empty handed.

There has been an abundance of speculation in the media claiming that Milan are after a young centre-forward who can play as a back-up to Zlatan Ibrahimovic at first, growing under the wing of the Swede before eventually taking over, and Vlahovic continues to be one of the most talked about names.

Now, the Serbia international has posted a picture on his story showing he got a shirt from his ‘idol’ Ibra after the game. He signed it with the following: “Vlahovic! All the best.”

👀 Vlahovic gets a signed shirt from his 'idol' @Ibra_official… pic.twitter.com/VyyirvokPs

Agent pledges to do ‘everything possible’ to help Milan land Chelsea midfielder
24 June 2021, 12:38
Serie A Standings