Adriana Fossa – the wife of Paolo Maldini – has caused a stir with a post on her Instagram story after AC Milan’s 4-2 win over Juventus.

A few hours after the game, she posted a photo that shows her husband in the company Frederic Massara – the current sporting director – and Zvonimir Boban, the former Chief Football Officer who was sacked earlier in the year.

Gazidis’ absence and Boban’s presence in the photo could be perceived as deliberate, especially amid the rumours of recent events at the club including Maldini apparently being offered a lesser role.

Before the game the former captain spoke about his future, stating? “Will there be room for me? I don’t know.

“If I want to stay? It is a somewhat difficult question for me, because the will for someone who has had his dad at Milan for many years, who has won as much as he has and who has a son who plays here… my relationship with Milan is not in question.” 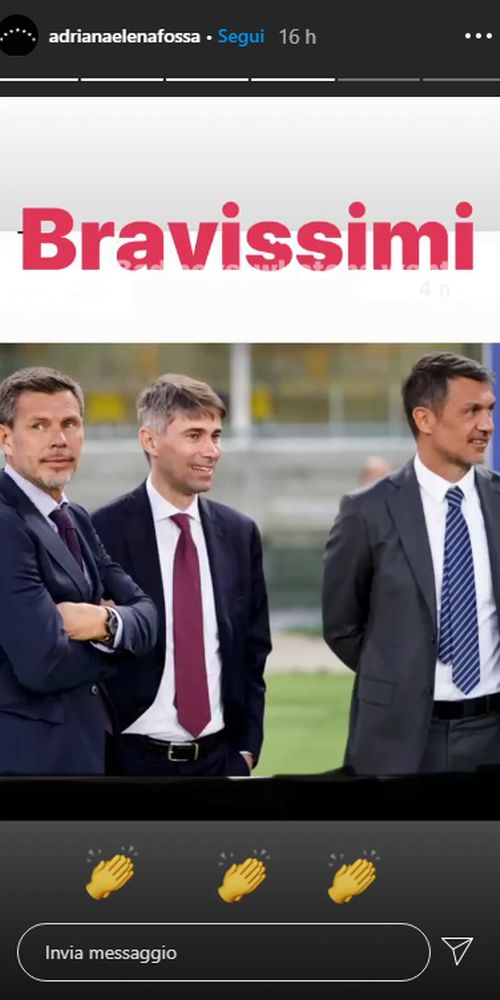