Former AC Milan striker Patrick Cutrone has shown off his new tattoo inspired by his time with the Rossoneri.

The 21-year-old left Milan in the summer, moving to England to join Premier League side Wolves on a four-year deal, where he has scored three goals in 23 competitive appearances.

He hasn’t forgotten his beloved Diavolo though, and @ilvecchiotattoo on Instagram showed Cutrone’s latest design, which has the date of his debut for Milan at San Siro with the stadium in the background.

The date in question is 21 May 2017, when Cutrone made his senior debut in the 3–0 league win at home against Bologna, coming on as a substitute for Gerard Deulofeu at the 85th minute. 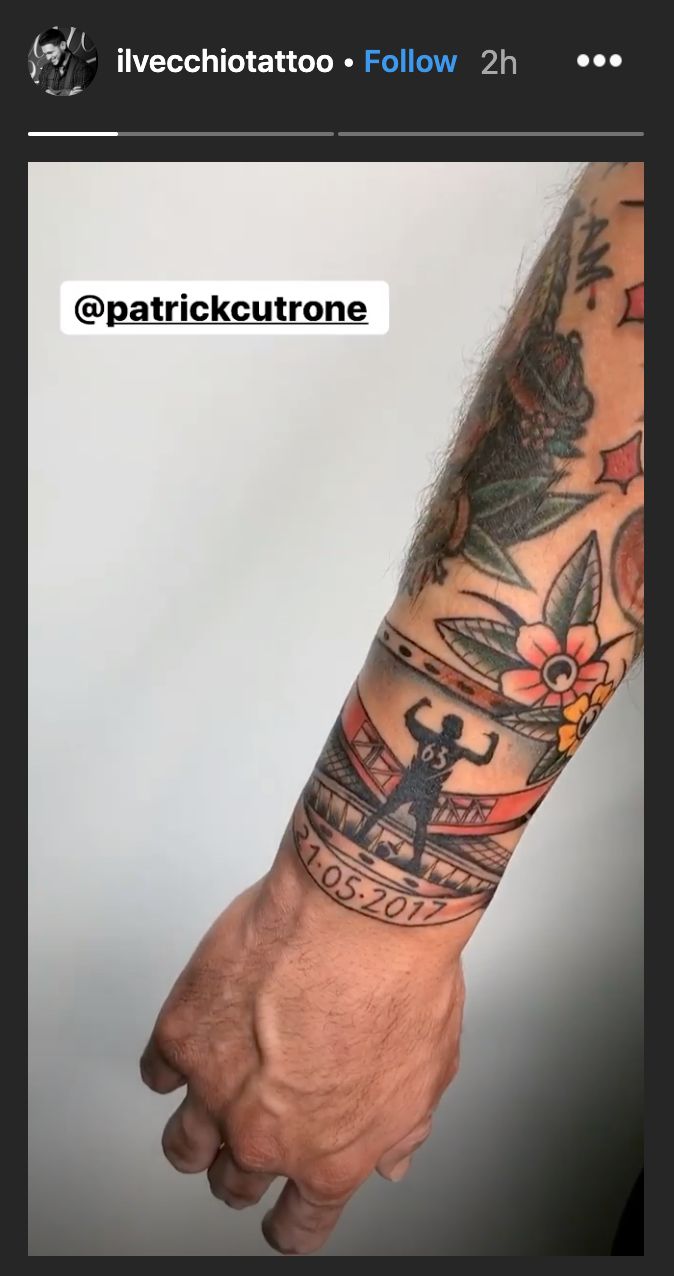