Zlatan Ibrahimovic may have hit back at Inter striker Romelu Lukaku with the latest post on his Instagram story.

After their altercation earlier in the year, Lukaku hit out at Ibrahimovic who declared himself the ‘God of Milan’ in response to the Belgian declaring himself the ‘King’ of the city previously.

“The real god has crowned the king! Now bow down,” Lukaku said in a tweet.

Now, the Swede has chosen to reply by publishing a photo of a cup that portrays him at arms raised in front of the Milan Duomo. The foam and chocolate of the cappuccino draw Zlatan from behind, with the Milan shirt, his arms in the sky and the Duomo in the background. 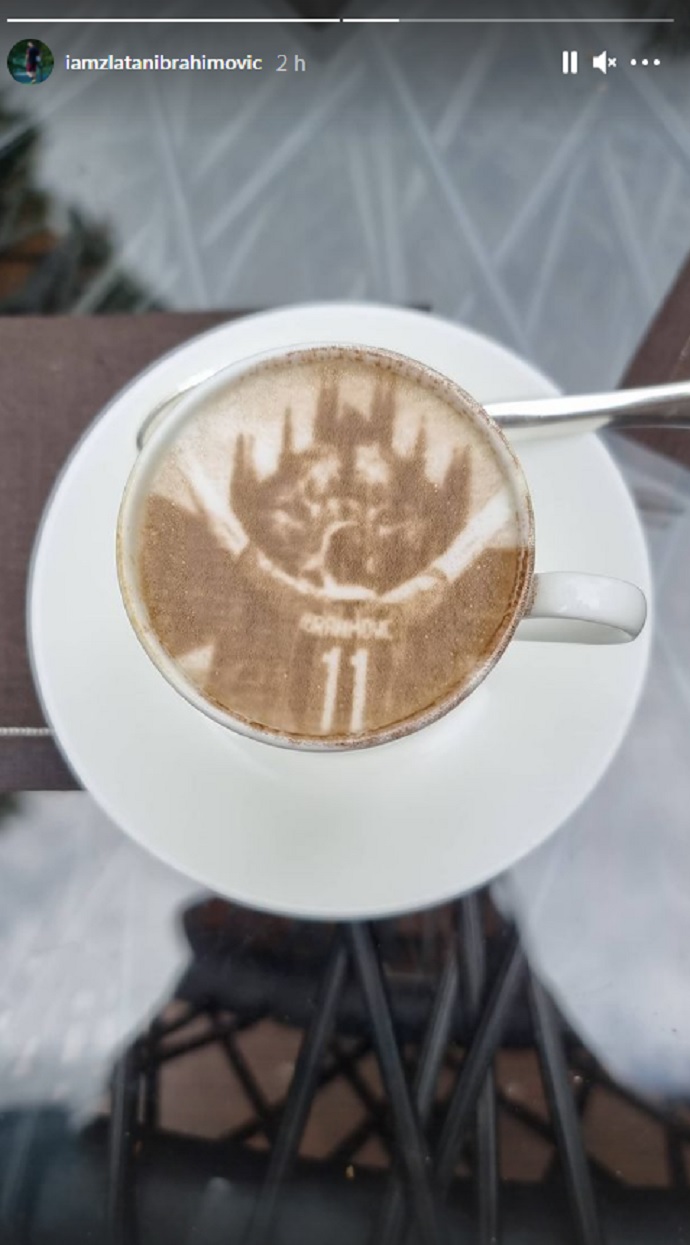