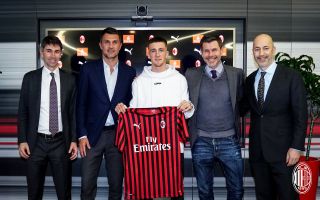 Alexis Saelemaekers has completed his move to AC Milan and is also the club’s final acquisition of the January transfer market which closed yesterday.

The 20-year-old Belgian arrived from Anderlecht on an initial loan deal with Milan having an option to make the move permanent in June this year, as confirmed by the club officially.

Saelemaekers should replace Suso at the San Siro and serve as a backup for Samu Castillejo. However, the youngster is also capable to play as a right-back and could thus feature in that role in the future in case of need.