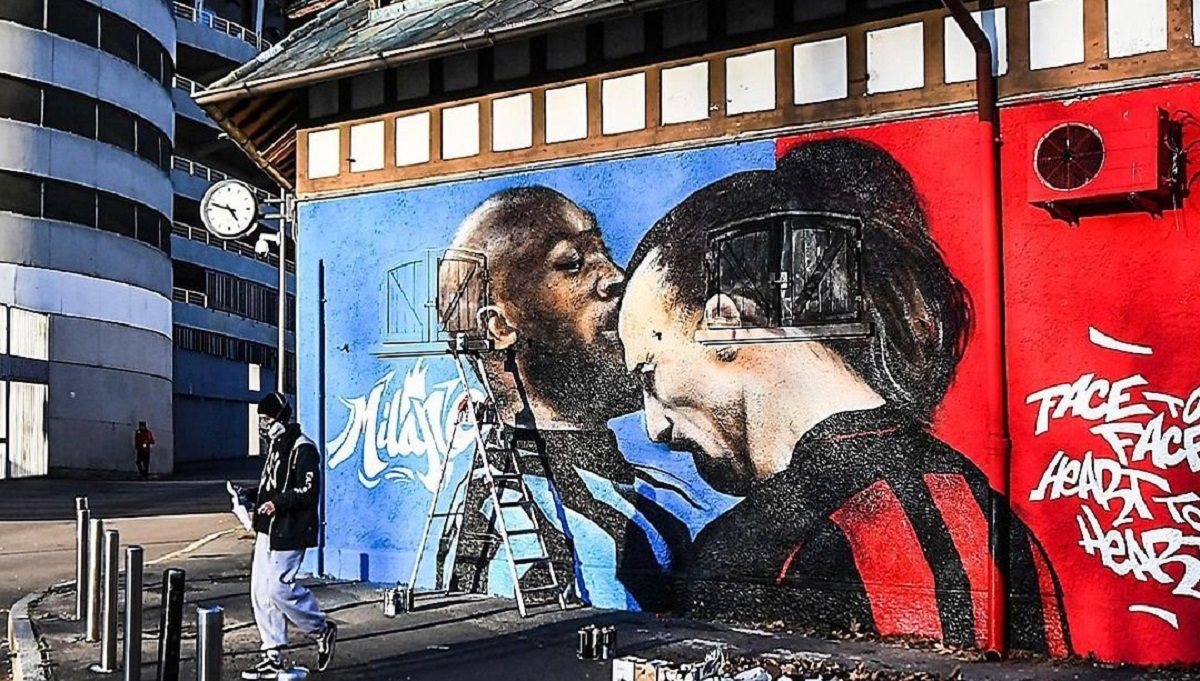 The derby is just one week away and the preparations have already begun in the city of Milan, given that it’s the biggest derby for the first time in a long while. Both sides are at the top and are eager to win.

Milan came out on top in the reverse fixture but lost the Coppa Italia fixture last month, as Zlatan Ibrahimovic was sent off. The Swede was also in the centre of attention for his feud with Romelu Lukaku, which will surely fuel this derby.

In fact, by the San Siro, amazing street art of the now-famous incident has appeared. Obviously, with all the investigations out of the way, the feud is no longer anything malicious but rather a way of showing the passion of the two sides.