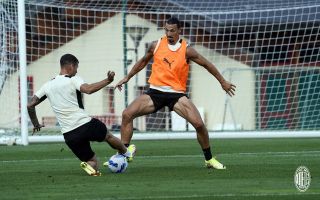 Photos: Bakayoko and Ibrahimovic train with the rest of the squad at Milanello

There was a joyous sight at Milanello during today’s training session as two of Milan’s favourite faces returned to the field.

Tiemoue Bakayoko had his first session after securing a return to Milan on a two-year loan deal from Chelsea, having played for the club already back in 2018-19. Not only that, but Zlatan Ibrahimovic trained with the group for the first time after undergoing knee surgery at the end of last season, meaning his return is imminent too.