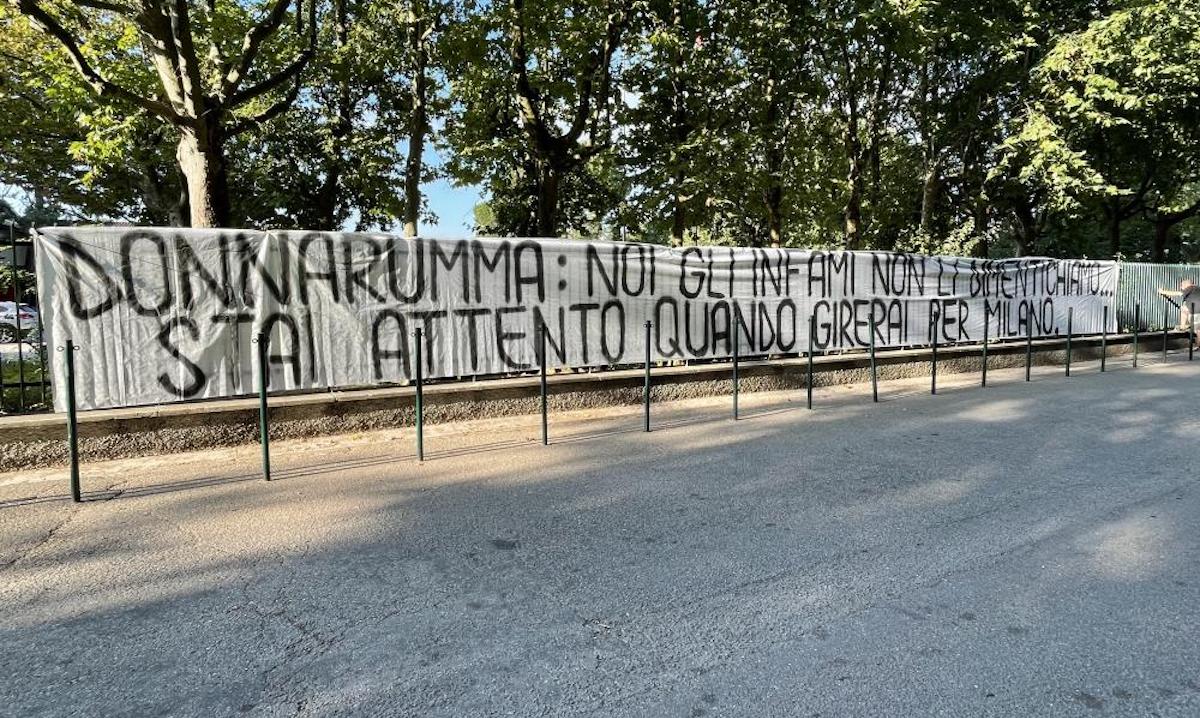 Photos: Curva Sud hammer Donnarumma with banners – “Be careful when you go around Milan”

The Curva Sud have sent a very strong message to Gianluigi Donnarumma after his decision to leave AC Milan in favour of a move to Paris Saint-Germain.

Donnarumma certainly did not leave without controversy, as a large section of the fanbase were angered by his decision to leave Milan to try a new experience with PSG, deeming it to be motivated by money.

The Curva Sud came to Milanello to support the team in view of tomorrow’s match, and displayed two banners addressed to Gigio.

“Donnarumma ungrateful b**tard, you suck more than Leonardo,” says the first (via MilanNews).

“Donnarumma: we do not forget the infamous… be careful when you go around Milan,” the second says.