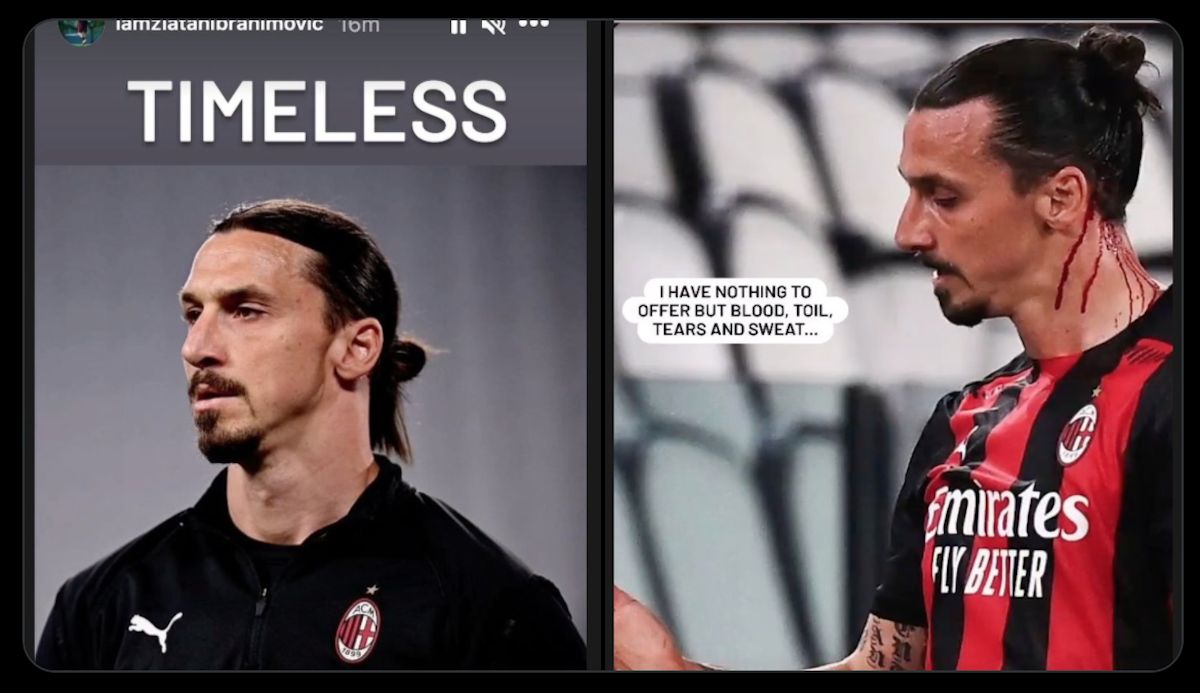 Zlatan Ibrahimovic has used his Instagram story to send a message which could be construed as a response to reports of a serious injury.

Tuttosport (via MilanNews) reported this morning that Ibrahimovic’s knee will be subjected to a specialist check to understand the condition after he went off injured against Juventus. The Milan medical staff are monitoring the situation, but it is possible that Professor Volkar Musahl is also involved in the consultation, the specialist who operated on him when he injured his ACL while at Manchester United.

The alarm has not yet gone off, but doubts remain and the only certainty is that Ibrahimovic will not take part in Milan’s last two championship matches against Cagliari and Atalanta.

Now, the Swede has posted the following on his Instagram story: “TIMELESS. I have nothing to offer but blood, toil, tears and sweat…”

💬 "TIMELESS. I have nothing to offer but blood, toil, tears and sweat…" pic.twitter.com/i4cg1tkW0P