Simon Kjaer made his first appearance for Milan since last season this evening, as the Rossoneri took on Real Madrid in Austria. The game ended 0-0 but there were some positive individual and team efforts.

Kjaer was granted an extended vacation due to the Euros and as a result of that, his return to Milan had to wait until today (game-wise). As Alessio Romagnoli and Davide Calabria were both subbed off, the Daner got to wear the captain’s armband.

Following his efforts with Denmark at the Euros, many have been asking for him to get the armband at Milan as well. Although he won’t be the captain this upcoming season (most likely), he at least got to wear it tonight (see photo below). 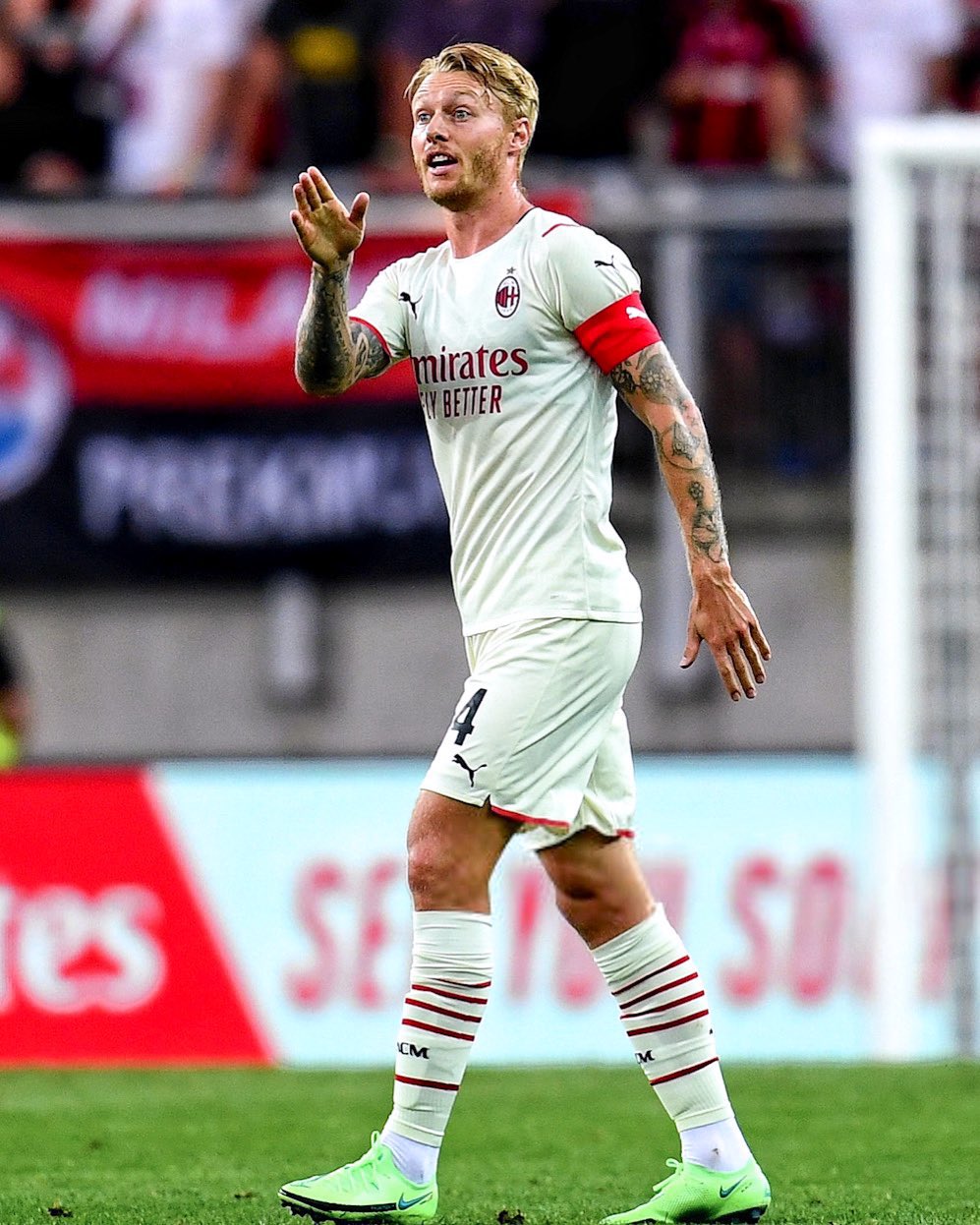 READ MORE: Tops and flops as Maignan rescues Milan with penalty save against Real Madrid