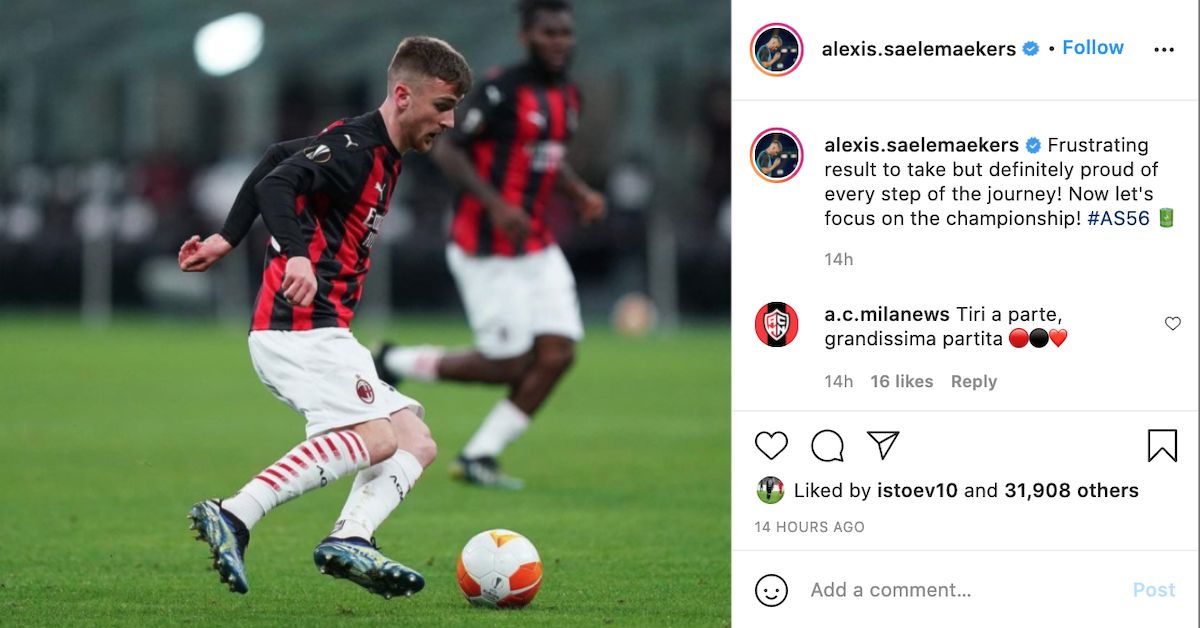 Photos: Milan players react to Man Utd loss on social media – ‘Proud of every step of the journey’

Just like in the first leg there was very little to separate the two sides on the night, though this time Milan had no answer to United’s goal early in the second half as Paul Pogba scored the winner to send the Red Devils through.

Donnarumma: “We gave everything but it wasn’t enough. Now head to the league. Go Milan.”

Kessie: “We look forward and remain focused to achieve our goals and finish the season in the best possible way.”

Dalot: “The adventure in Europe ends but with the certainty of being a strong team. We will soon return to battle on the international fields, the natural stage of Milan. I thank all of you for the good wishes received yesterday.”