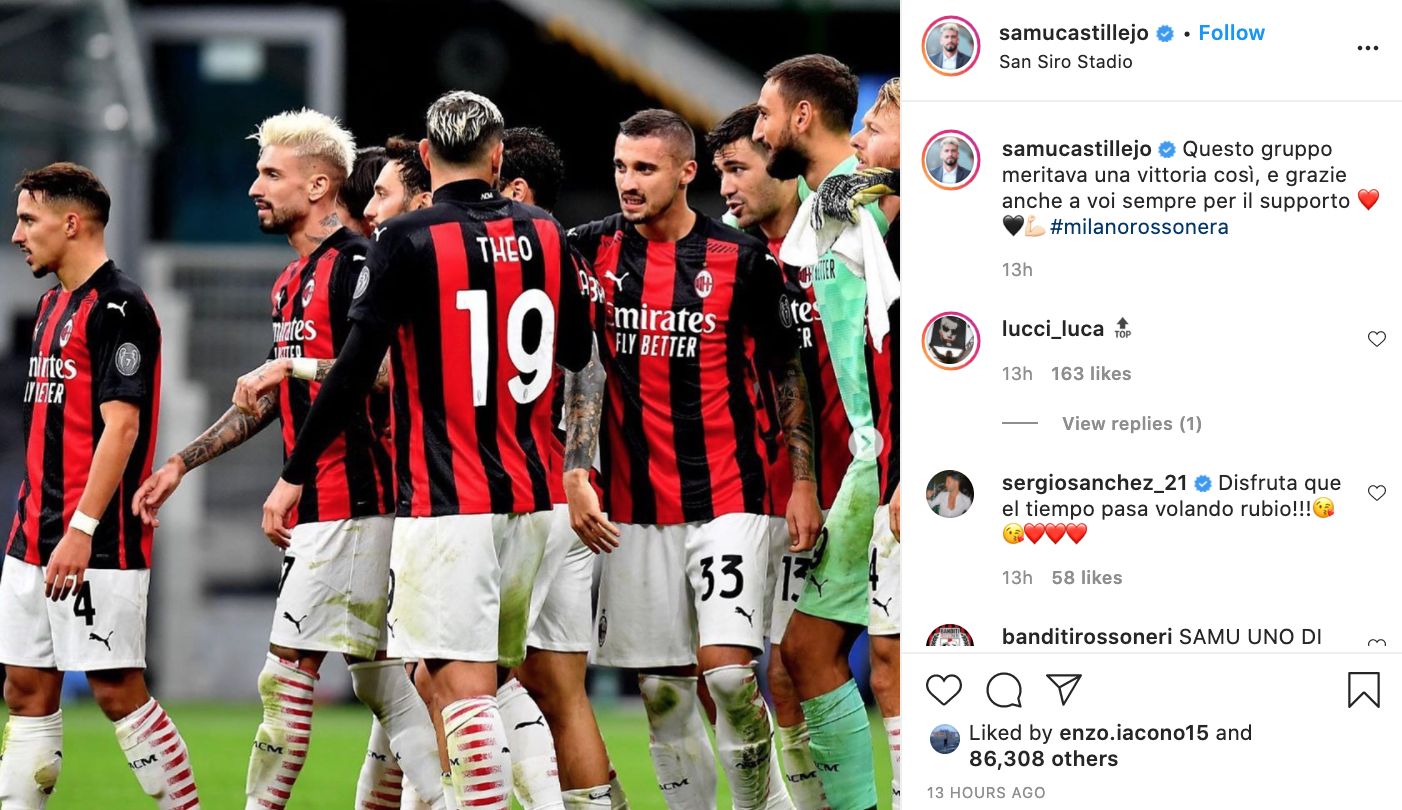 Photos: Milan players react to win over Inter on social media – “Milan is red and black”

Zlatan Ibrahimovic showed his decisiveness once again as Milan continued their perfect start to the Serie A season with a 2-1 win over Inter at San Siro on Saturday.

All the action would be in the first half as the Swede scored twice in the opening 16 minutes, the first a penalty converted at the second attempt and the second a tap-in from a Leao cross.

Donnarumma: “TEAM. Four out of four.”

Calabria: “Milan is red and black.”

Kessie: “The derby is ours! Milan is red and black.”

Saelemaekers: “I was right, Milan is red and black.”

Leao: “Unique feeling of winning this derby, very happy with my team.”

Tonali: “Milan is a great Milan”

Castillejo: “This group deserved such a win, and thanks to you too for the support.”