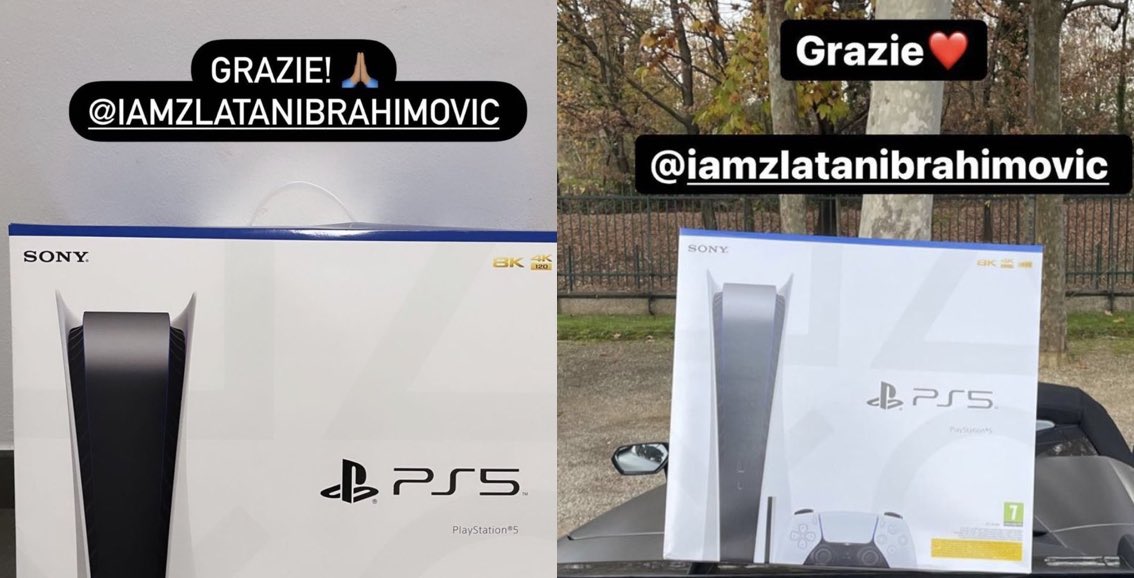 Zlatan Ibrahimovic is getting in the festive mood nice and early as he has given a brand new PlayStation 5 console to his team-mates.

Since securing his return to Milan, Ibrahimovic has shown himself to be a leader by example on and off the field, but also a very demanding person. When he is not doing that though, the Swede is a passionate gamer, and he gave his team-mates a PlayStation 5, the new console released today.

First Castillejo and now Musacchio. He really IS Zanta Claus