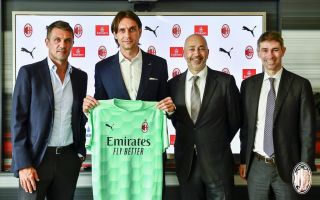 AC Milan have confirmed the signing of goalkeeper Ciprian Tătăruşanu from Olympique Lyonnais on a permanent deal.

On the club’s website, they confirmed that the Romania international has signed a contract until 30 June 2023.

His career so far has seen him play at the likes of Juventus Bucaresti, Gloria Bistrita, Steaua Bucaresti, Fiorentina, Nantes and finally Olympique Lyonnais, for whom he played 6 times in 2 years.

Tătăruşanu has won 68 caps for the Romanian national team, making his debut in a friendly against Italy on 17 November 2010.