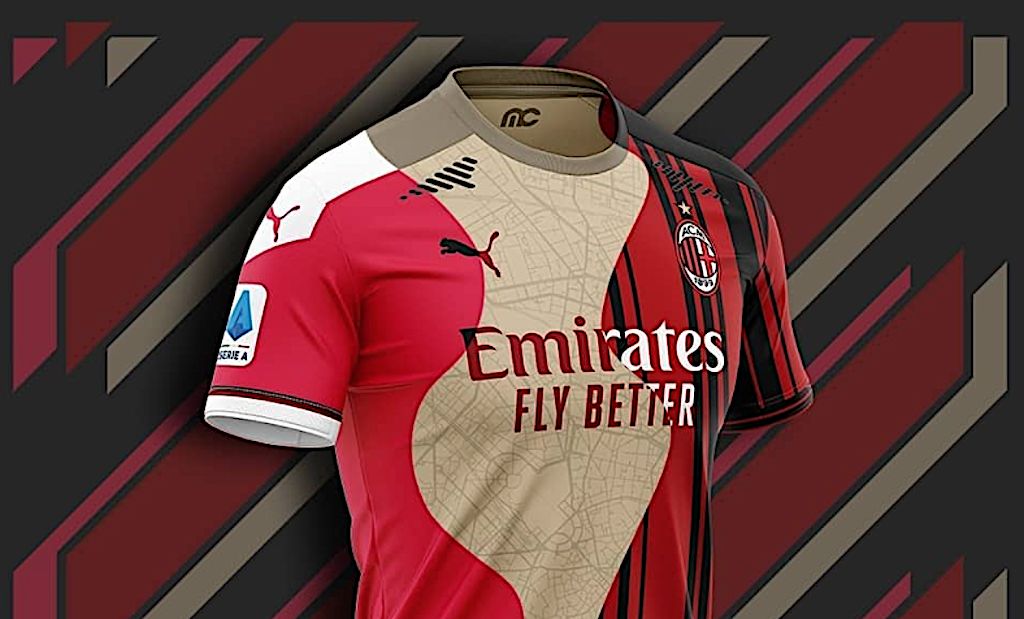 Photos: Mock-ups show what each of Milan’s shirts for the 2021-22 season could look like

An Instagram user has put together a mock-up of what each AC Milan shirt could look like next season based on the leaked information we already have.

It has previously been reported by Ofoball (via Footy Headlines), Milan will introduce a ‘modern and fresh’ version of the classic red and black kit for the 2021-22 season, which will include vertical stripes of different widths.

The same outlet then gave more info on the colours we can expect for the other two shirts, with the away shirt in particular set to feature a bold city-map style design.

Below is a mock up of each of the three shirts based on the leads, courtesy of Matteo Carnavale on Instagram…