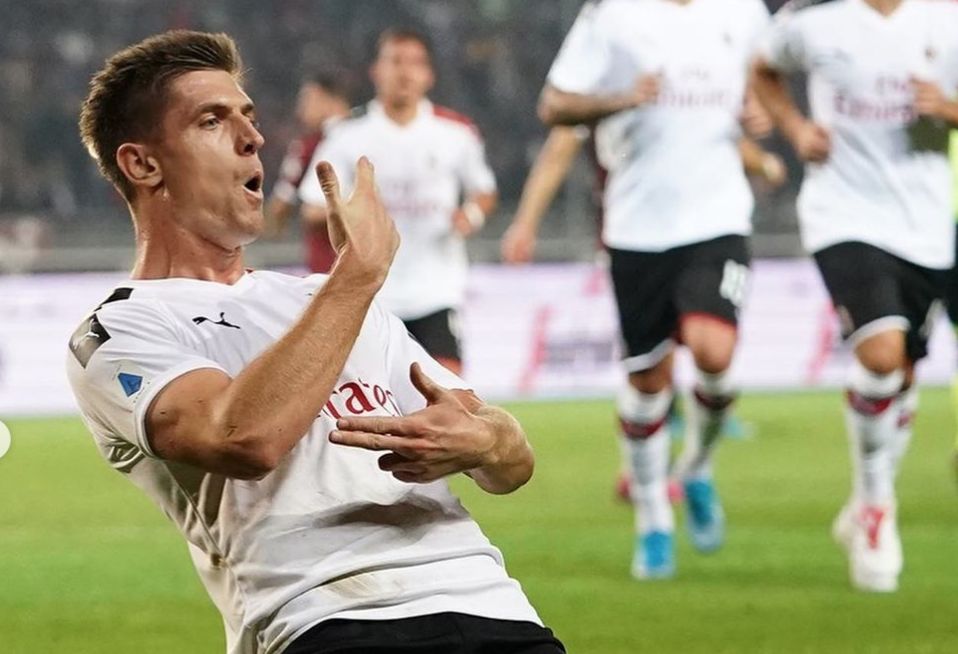 Piatek bids farewell to Milan with social media message: “Thanks for everything!”

Striker Krzysztof Piatek has bid farewell to AC Milan after a year with an emotional message on social media.

Despite links with a number of Premier League clubs throughout January, it was Hertha Berlin who won the race for his signature. The German capital club announced the capture of Piatek in a statement on Thursday night, and it is believed the fee is either €22m plus bonuses or €27m.

Piatek has taken to Instagram to reflect upon his time with the Rossoneri, which ultimately was cut short after a successful start following his arrival from Genoa a year ago.

“Moving to AC Milan was the realisation of my childhood dreams. I never thought I could score a goal with the red-black shirt and fight for the return of the club in the Champions League until the last minutes of the season,” he said.

“The goals against Napoli, Roma, Atalanta, Juve, compliments from Shevchenko, Inzaghi and other stars of the great AC Milan, the voice of the Curva Sud singing ‘Alè Piątek, alè pum, pum, pum, pum’, the expressions of Tiziano Crudeli, the joy of thousands of fans…all this will remain in my memory for a long time.

“But football, like any other sport, is also blood, sweat and tears. We all had the hope and right to expect better results. However, I can say with my head held high that I did my best in every game.

“Now I will continue to do the same with the same determination and ambition, because I always aim very high. Even if I already wear the shirt of another club, in another league, in another country, I wish my ex-teammates, the coach and the whole AC Milan environment to return to success as soon as possible. Thanks for everything!”