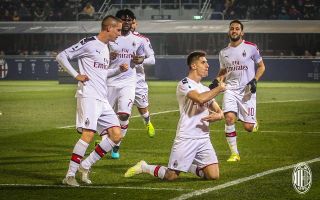 Piatek reveals key reason behind his struggles; assures he has recovered

Krzysztof Piatek has certainly struggled at the start of this season, failing to live up to the expectations set after his flying start with AC Milan last campaign. However, it seems he might be on the up, finally.

The Polish international got back on the scoresheet last time out, ending a six-game goal drought. Furthermore, in addition to converting the penalty, he looked positive in the build-up play, which is an encouraging sign.

This evening, an interview with Piatek was released by Sky Italia (via MilanNews.it), covering the struggling start and what the current situation is like. Based on the striker’s own words, he is now back to normal.

“For the fans and for the club, it can be a problem when the first striker isn’t performing. However, I always think positive. I work hard and I have everything to do well. Now I feel better and I have positive feelings.

“The crisis? Football is like that. Maybe I did things wrong during the summer preparation. In the first few games, I didn’t feel good physically, I wasn’t cool. I felt heavy and without energy. It was a problem,” he began.

Milan will host Sassuolo at the San Siro on Sunday afternoon, hoping to make it three consecutive wins. Of course, Piatek will be an important figure up front, as you can’t win any games without finding the back of the net.

“How do I feel now? I play well with the team, I fight and I recover a lot of balls. This is the real Piatek, I want to continue like this. Last season I had more goals, but when I’m in great shape, I can score 6-7 goals in a few games.

“Pioli? He transmits positivity to the team and for this, we are able to play better. We want to prove against Sassuolo that the game against Bologna was good. This is the most important thing,” he concluded.