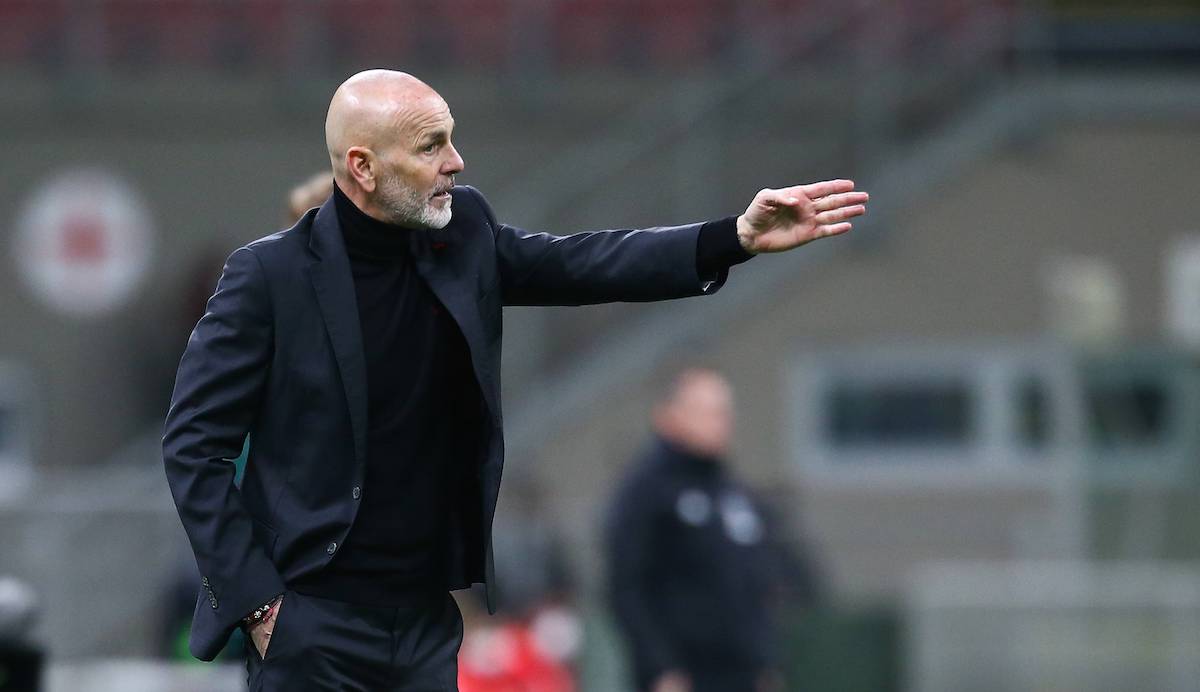 AC Milan boss Stefano Pioli believes his side deserved more from their Europa League last 16 tie against Manchester United having been the better team over the two legs.

Milan were up against it from a selection point of view with no centre-forward fit enough to start. Leao and Rebic are injured and Ibrahimovic has just come back from a lengthy lay-off, so Castillejo was given the nod as a ‘false nine’ style frontman.

Just like in the first leg there was very little to separate the two sides on the night, though this time Milan had no answer to United’s goal early in the second half. It would be substitute Paul Pogba who was the tie-winner as he capitalised on the Rossoneri’s inability to clear their lines to score within three minutes of coming on.

After the 1-1 draw in the first leg the result means that Ole Gunnar Solskjaer’s side went through 2-1 on aggregate, as Milan missed out on a first Europa League/UEFA Cup quarter-final since 2002.

Pioli was interviewed by Sky Italia after the game, and expressed regret at how the tie ended up, with his words relayed by MilanNews.

On the defeat: “It’s an elimination that we regret, in the two games we played like a great team. We had to score in the first half, our path would have changed. Too bad, we did a lot to get here, I think the team deserved something more and we didn’t succeed.”

On United: “They are a very strong team, last year they reached the semi-finals, they beat City. The two goals they scored were more our demerits than their quality and we had to score a goal tonight for what we did. I can’t blame the players, I’m very sorry we are out, we have to recover immediately, we dive into the championship and we want to do well immediately.”

On the absences: “I hoped to reach these two challenges by playing with the best possible team. The changes we could have helped us if we had had Rebic, Leao, Mandzukic… But the two performances were excellent, we just missed a goal, we have to find that little in our qualities.

“We are young but we must not look for excuses, this match must make us grow a lot. We are so sorry not to be able to score a goal despite having played evenly against this opponent.”

On the Champions League race: “Anxiety no, difficulty yes. The top seven teams are very strong, being there to fight for it means a lot. We have the opportunity to take advantage of the full weeks and do the eleven matches with great spirit. It will not be an easy goal to achieve, but we have the qualities to do it.”

On the first half in Manchester: “We regret Kessie’s disallowed goal that didn’t seem to have a justification, but even today we didn’t risk anything and we had 2/3 important chances, a shame not to have used them. Unfortunately we didn’t succeed. One more goal. there was a round trip, this team at least deserved extra time for what they showed.”

On the distance between Italian and European football: “On the one hand I was sorry about the draw, on the other I was happy because we would have faced a side that has been spending a lot of money for years. Seeing these performances I say that Italian football is getting closer, in the two games, not being in the best conditions, we have shown that Italian football can hold up. We must continue to invest and play intensive football.”

On the goal conceded: “Meite does not follow Bruno Fernandes, he could have avoided the ball at the beginning, then a tackle inside the area can be lost. We made a mistake in leaving Pogba unmarked. From here, however, it is easy, then on the pitch it is difficult. Pogba got the better of us, sorry because we didn’t deserve to go out.”